Abhishek Bachchan: “I didn’t know how to ride a bike, John taught me how to ride” 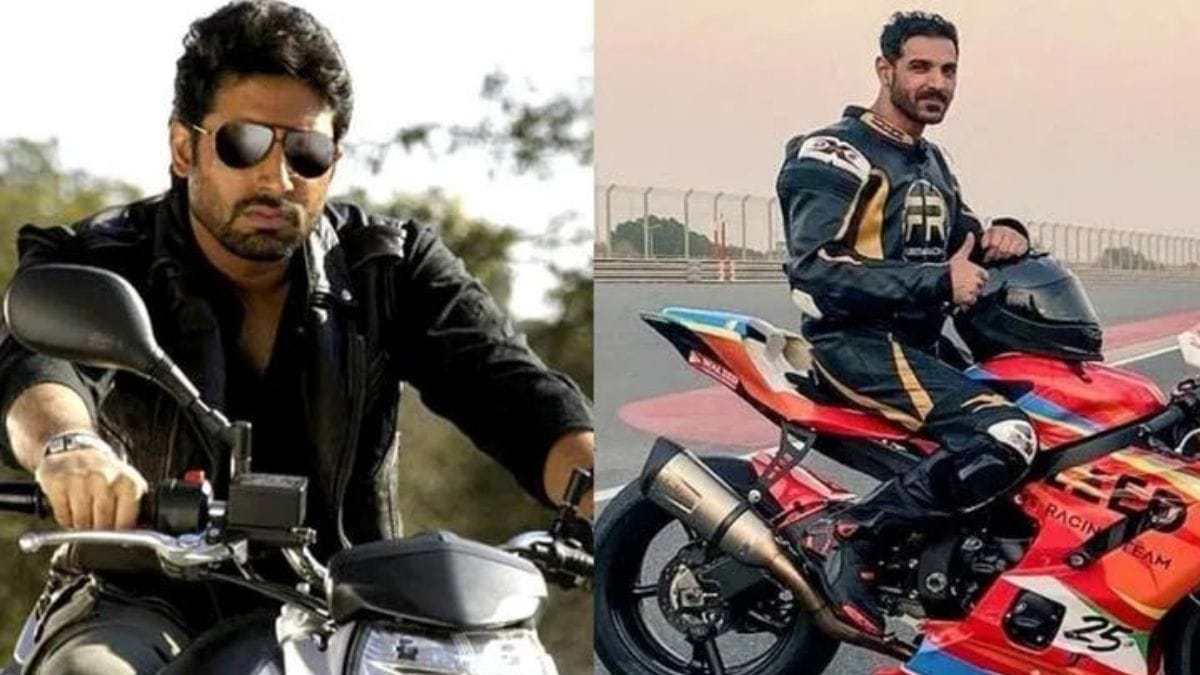 Abhishek Bachchan has recalled that it was John Abraham who taught him how to ride a bike. The actor said that his parents, Amitabh Bachchan and Jaya Bachchan, didn’t allow him to ride a bike because of safety concerns. In any case, he had to learn it from John when they featured in the 2004 action-thriller Dhoom.

Abhishek told Mashable India, “I didn’t know how to ride a bike. I’d ridden a bike in a film right before that but they put me on a trolley and take it. My mother and my father never allowed me to ride because they were scared. During the shooting, John taught me how to ride. John used to ride with me and teach me. He was unbelievable. He used to live in Bandra, he would ride all the way back to Juhu with me. He said ‘baba, just remember. You have to be very responsible.’ He is Parsi so he knew how to disassemble the bike and said ‘this (chassis) is what you are riding on.’ He was so safe and he taught me everything and I was so confident after that.”

He recalled, “The first night at the hotel his valet came to us and offered us chocolates. And we felt ki yaar, ‘kya banda hai yaar John, so sweet.’ He was like ‘you did a good job today.’ The next day also he was like ‘baba great job, baba fantastic,’ and same chocolates. I’m like ‘dude he is slowly becoming my favourite person.’ By the end of the schedule, I had put on 7 kg. I said now I realised what he was doing. He gave us chocolates and himself was in the gym.”