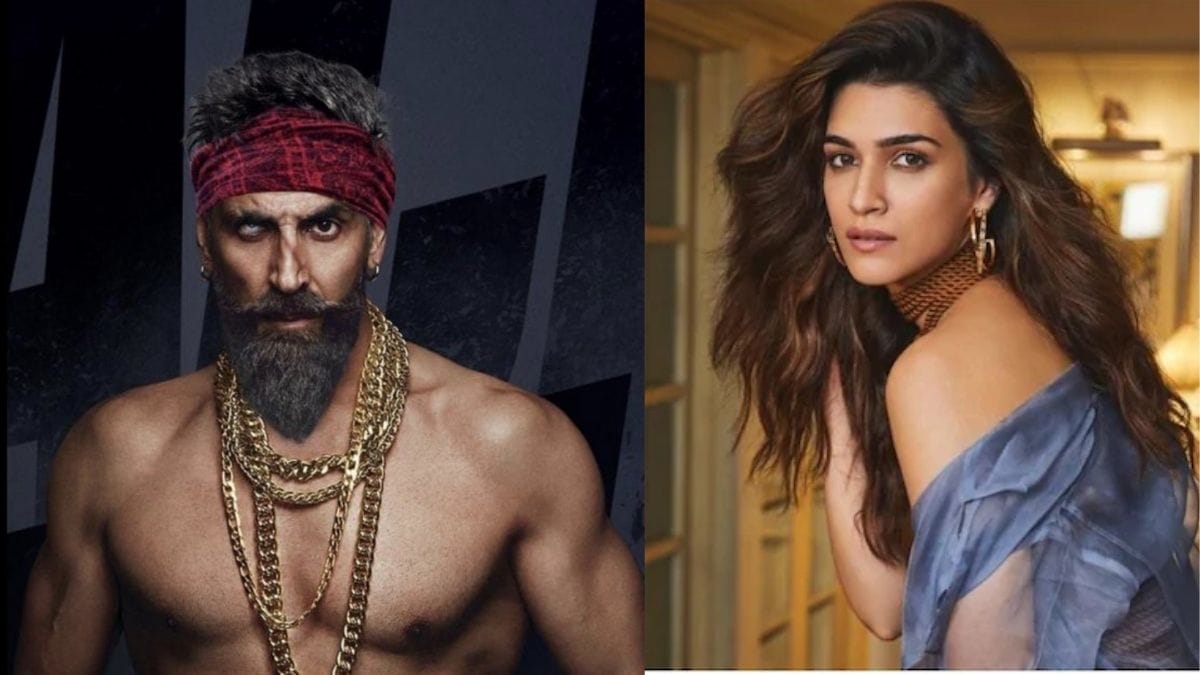 Akshay Kumar and Kriti Sanon started the shoot of Bachchan Pandey earlier this month in Rajasthan. The actors, who have been shooting non-stop. have been in Rajasthan for the past few weeks. While shooting, Kumar gave his fans a new look and dropped a big announcement.

Taking to social media, the actor announced that the release date of Bachchan Pandey is 26 January 2022.

This was retweeted by Kriti Sanon. In the new serious and deadly look, he can be seen wearing shades of brown and has a striking blue eye.

Going by the various Akshay Kumar looks released online, the actor is playing the role of a gangster. The makers, a few days ago, shared the first look of Akshay from Bachchan Pandey, and wrote, “Here’s to the 10th Collaboration together & a bond decades old! Presenting the Gangster @akshaykumar in & as #BachchanPandey.”

Kriti Sanon has been giving glimpses from the set, posting fun pictures and videos. One of the most prominent videos she posted was with her makeup artist and team member. They can be seen in the winter breeze heading to work, with Akshay Kumar, on a foggy and chilly morning.

Is Imran Khan’s alleged relationship with Lekha Washington reason behind separation with Avantika?