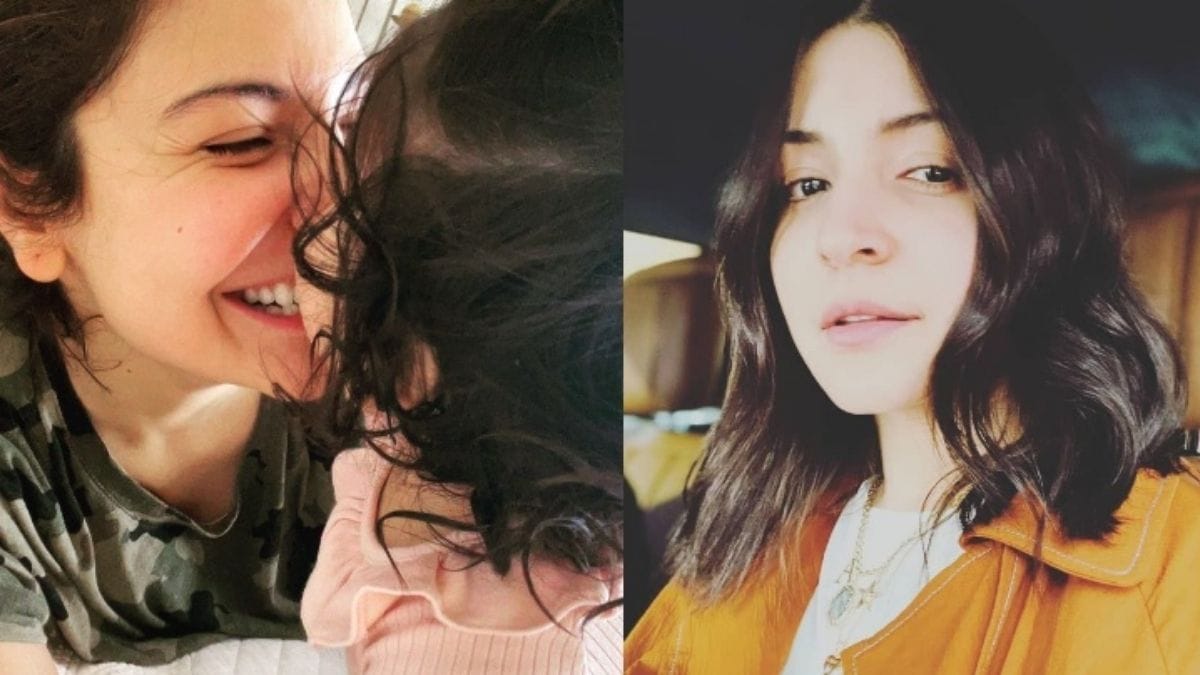 Anushka Sharma has a request for all fans and the media after the first photographs of her daughter Vamika Kohli went viral on social media.

Taking her Instagram Stories, the actress wrote an assertion, requesting fans and media portals not to publish photographs of her daughter, saying that she didn’t know that the camera was on them.

“Hi guys! We realise that our daughter’s images were captured at the stadium yesterday and widely shared thereafter. We want to inform everyone that we were caught off guard and didn’t know that the camera was on us,” she wrote.

She also added, “Our stance and request on the matter stay the same. We would really appreciate it if Vamika’s images are not clicked/ published for reasons we have explained earlier. Thank You!” 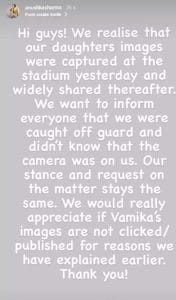 On the personal front, both Virat and Anushka have not shared photographs of their daughter’s on social media. As and when photos of the baby have been shared on the internet, her face has been blurred to respect her privacy.

Lara Dutta: “Took break from acting because I was tired of playing hero’s wife”

Bigg Boss 15: Salman Khan allows Bharti Singh to use his farmhouse for baby shower and promises to ‘launch’ her child too