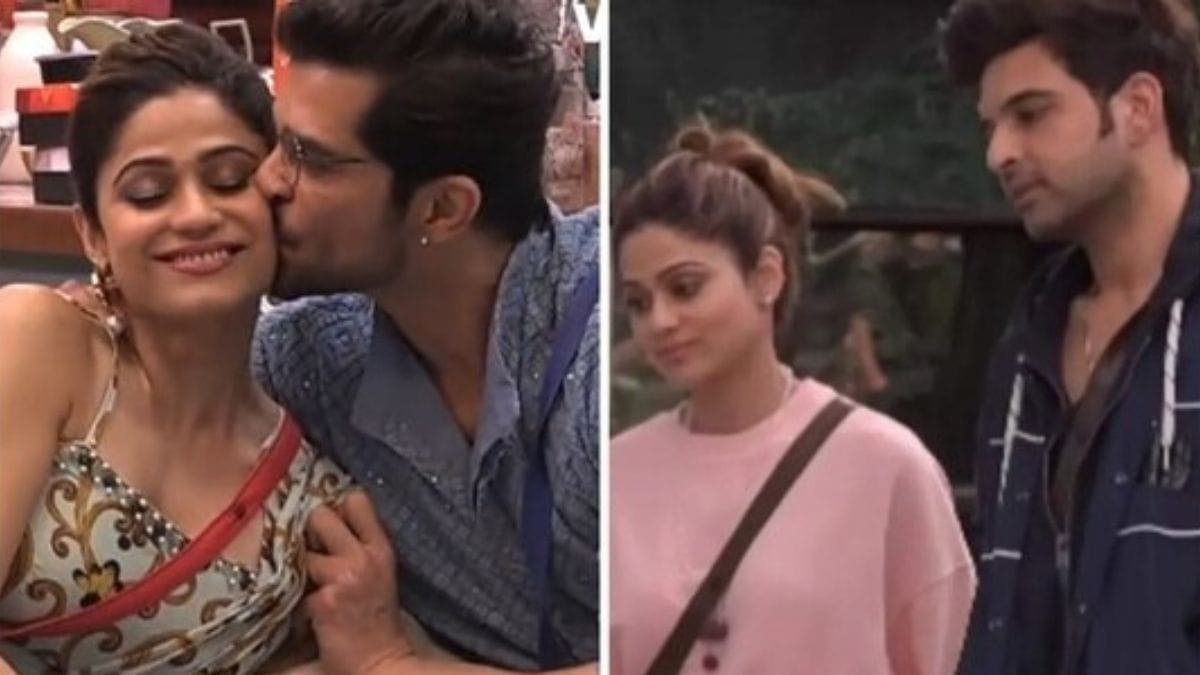 As he introduced Karan Kundrra, Salman told Mithun, “Yeh sabse bade hunarbaaz hai. Inka hunar yeh hai ki Tejasswi ko jhelte hai (He is the most talented of them all. His biggest talent is that he tolerates Tejasswi Prakash).”

Tejasswi broke the record for repeating one line – ‘Are you serious?’’ – on Bigg Boss 15, Salman said, while introducing her with Mithun. Salman likewise teased  Shamita Shetty about her love life, asserting that she is ‘confused’ between Karan and Raqesh Bapat.

“Shamita ka hunar yeh hai ki inki life mein bhi ek Kundrra hai aur ek Bapat hai. Lekin confused hai Kundrra chahiye ya Bapat chahiye, Marathi ya Punjabi chahiye (Shamita’s talent is that she has a Kundrra in her life as well as a Bapat, but she is confused between the two, whether she wants a Punjabi or a Maharashtrian),” Salman said. Tejasswi and Karan applauded and laughed at the comment.  “Koi confusion nahi hai (There is no confusion),” Shamita insisted.

Salman addressed Tejasswi and explained that he is ‘seriously joking’, to which she grinned and answered, “Very funny, sir.”