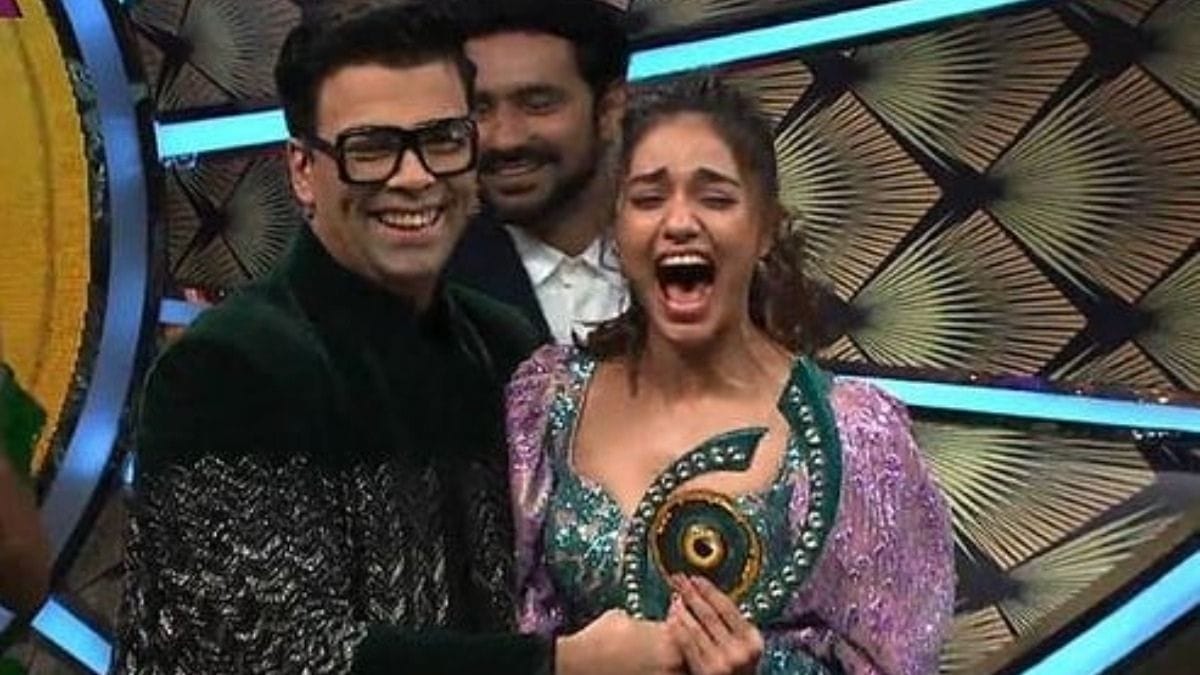 The reality show queen lifted the prestigious trophy and took home the prize money worth 25 lakhs.

Divya is a popular face on television, and has appeared in several reality shows like, Splitsvilla, Roadies, Ace Of Space, and finally Bigg Boss OTT, in which she remains the most controversial and one of the strongest contestants ever!

She has also won ‘Ace Of Space’, hosted by Vikas Gupta, beating her then best friend and now boyfriend, Varun Sood, who was declared the 1st runner up.

Divya beat choreographer, Nishant Bhat, who emerged as the 1st runner up, and Shamita Shetty, who followed as the 2nd runner up, to win Bigg Boss OTT and get honoured by KJo himself.

Bigg Boss 7 contestant and winner, Gauhar Khan, was the first celebrity to congratulate Divya on her big win, even though she rode all along merely on her solo gameplay and no real bond, by taking to Twitter.