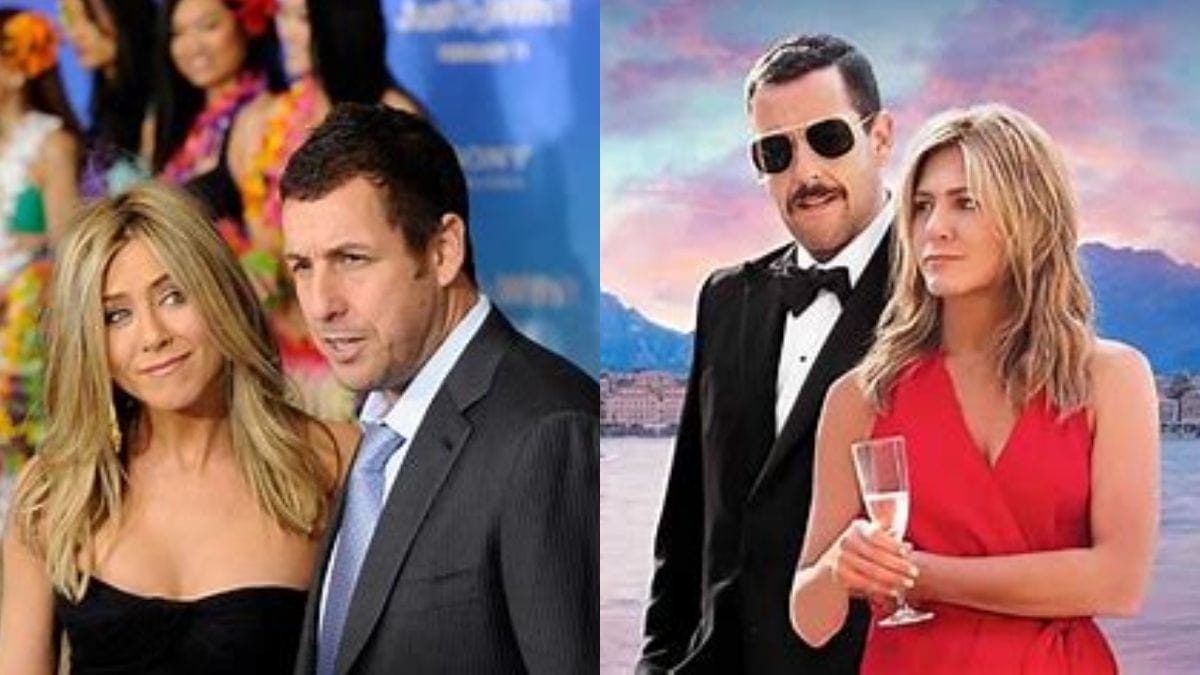 Jennifer Aniston and Adam Sandler have stated that they will return for a Murder Mystery sequel at Netflix’s Tudum event. The film is scheduled to get a sequel, which promises to be twice the fun and mystery quotient after smashing a major streaming record for Netflix’s original movies back in 2019. Jeremy Garelick will return to direct the sequel.

The sequel to the Murder Mystery was unveiled during Netflix’s first fan event, Tudum, and the streaming site promoted the film as an international journey “filled of mystery and antics.” While Aniston and Sandler were unable to attend the live event, a Zoom call between the two and David Spade was broadcast.

In a Zoom chat about Murder Mystery, Adam and Jennifer were seen enjoying a casual conversation, and David Spade soon joined in, asking the Friends star whether he could borrow her beach house while she was away. The original picture starred Sandler and Aniston as Nick and Audrey Spitz, a New York cop and his wife, respectively. Gemma Arterton, Luke Evans, and Terence Stamp are among the members of the cast who played significant roles in the film.

While the sequel has been confirmed, no release date or other production details regarding the film have been revealed.

At the live of the Tudum event, new promos for shows like Stranger Things Season 4, Bridgerton Season 2, Money Heist Season 5 Part 2, The Crown, and others were released.