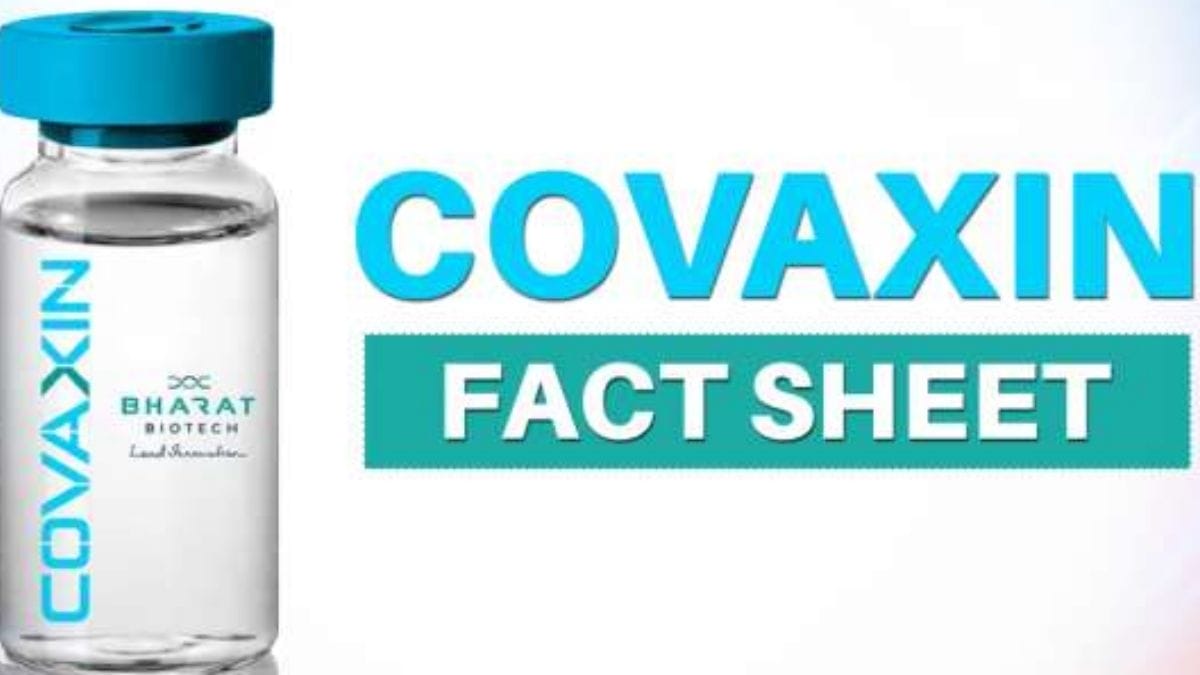 Bharat Biotech on Monday released a ‘fact sheet’, which contains details of the risks and benefits of its Coronavirus. The company reinstated that the efficacy of the vaccine is yet to be determined as its Phase 3 trial is still underway.

Earlier this month, SII had also released a similar document consisting of FAQs. Serum Institute said that the beneficiaries should make certain health issues clear to the doctor before taking the vaccine.

The companies were given approval for the restricted use of their vaccines in an emergency situation and released their vaccines last Saturday, January 16, 2021. Till 5 pm on Monday, 3.81 lakh people had been administered the vaccines. There were 580 adverse events. While two people died after being injected with the vaccine, the Union Health Ministry says the cases aren’t linked with the vaccination.

Bharat Biotech has said that it is not advisable to take Covaxin under following cases:

The company has specified that people who are pregnant or breastfeeding shouldn’t take the vaccine as its effects haven’t been studied on pregnant people and nursing parents.

It has also said that there is “no scientific information yet available of the appropriateness of use of Covaxin along with other vaccines.”

Covaxin is injected into the deltoid muscle of the upper arm and is expected to generate immunity after two doses which are four weeks apart. Bharat Biotech has said that there is no chance of getting COVID-19 due to Covaxin.

Side Effects of Covaxin Vaccine

Signs of Severe Allergic Reaction due to Covaxin

It is given in two separate doses of 0.5 ml each. The second needs to be administered within four to six weeks of the first one. In case of an allergic reaction to the first dose, the second dose shouldn’t be taken.

The company has said that one may develop immunity after four weeks of taking the second dose of the vaccination.