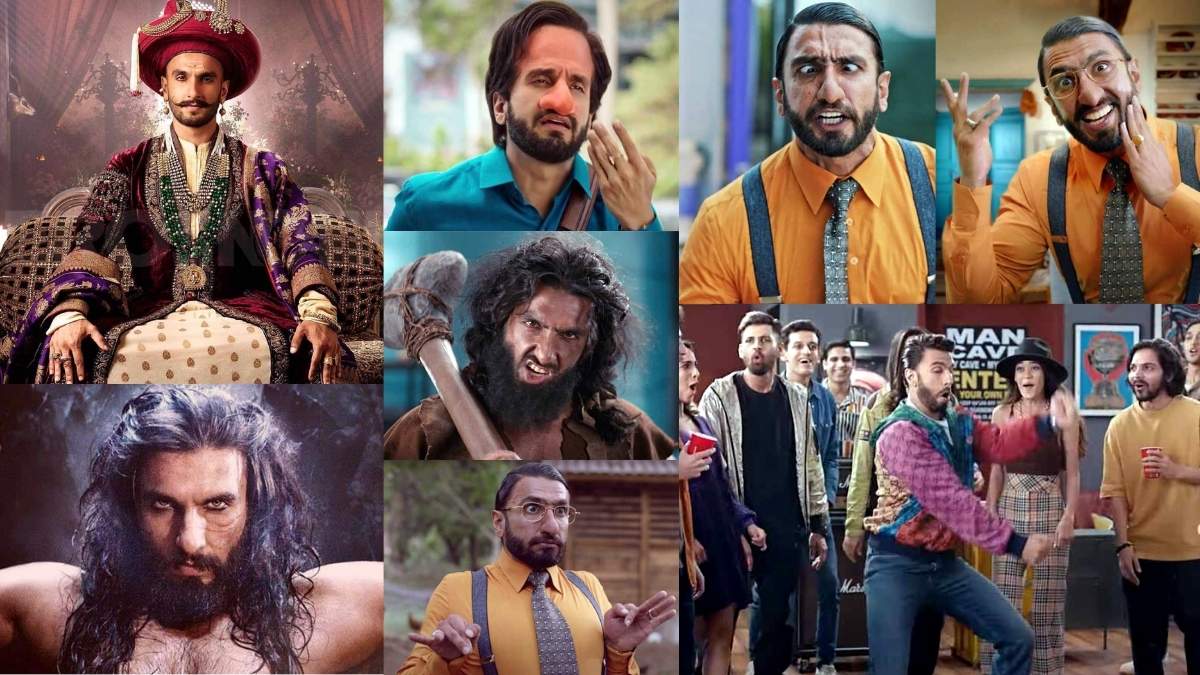 The studio is very happy that not only were Ranveer’s looks accepted by the public, but that the ad campaign was a huge hit with people. “It’s really great to see that our work has been appreciated and the ads are such a huge success,” says Mark D’Souza, business head and partner at DML.

“Ranveer is always a pleasure to work with as he is open to new ideas to experiment. Plus, he is a very easy-going person and gives complete freedom when it comes to curating looks,” adds Preetisheel Singh D’souza, creative head and partner at DML, who character-designed his looks for the ads.
This is not the first time Da Makeup Lab has woven magic with Ranveer. They first designed his looks for the Sanjay Leela Bhansali superhit Bajirao Mastani, where Ranveer played the role of the Maratha warrior Peshwa Bajirao I. Then, for another Bhansali blockbuster Padmaavat, where he played the intimidating pre-Mughal era emperor Alauddin Khilji. His character design as Khilji was a rage and Ranveer rocked in the role.

Apart from FreshToHome, DML has also worked on Ranveer as an adi-manav for the Set Wet hair gel ad, as well as a character with a large head and swollen nose for the Vicks Inhaler ad.

Moreover, DML has provided its services for some of the biggest box-office blockbusters including movies such as Chhichhore, Housefull 4, Bigil, Master, Gangubai Kathiawadi and Pushpa: The Rise, which has made it the undisputed leader in makeup and prosthetics for the entertainment industry in India.

The outfit, run by the National Award-winning character designer Preetisheel Singh D’souza along with her partner-husband Mark D’souza, has its state-of-the-art studio situated in the upmarket Mumbai suburbs of Versova.

What’s more! The coming months are expected to be as exciting for the studio as the earlier years. Coming up are thrilling looks for Shah Rukh Khan in the much-awaited movie Jawan. SRK’s unique character with his bandaged and bruised look in the teaser has already got fans curious and excited for more.

Is it worthwhile to take a content writing internship in India?