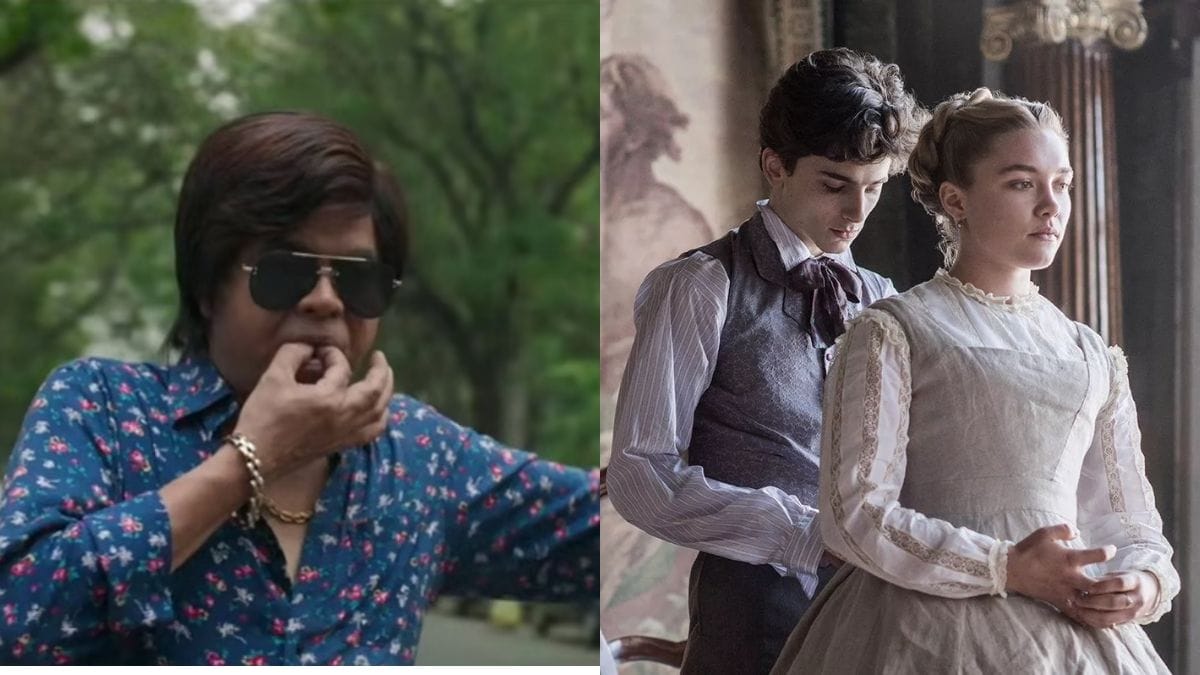 2020 has been a bad year for films. We couldn’t see the most awaited movies in theatres, all credits to COVID-19. A lot of these were watched on our television screens, while the others were lost to 2021. From the ones, we did watch, whether on the big screen or on any OTT platform, these are the top 10 best movies of 2020.

The National Award-winning documentary director Hardik Mehta delivered us with his first feature film, an ode to India’s character actors Sanjay Mishra, by casting him, and Sudheer Mishra, on whom the film is based. Sanjay Mishra plays Sudheer Mishra, who is a demoralized supporting actor, discovers that he retired just one film less of a record 500 films. He, then, decides to do one final memorable role, in the hopes of add some meaning to a career that was spent on the sidelines.

The film once again reminds us how cruel Bollywood can be, where the big-name take away all the fame, with no regard to merit. For the rest, being a part of movies is a long and hard struggle that involves a tonne of rejection, humiliation, embarrassment, and is nothing short of selling your soul. The final scene is so wonderfully done that it perfectly brings to the spotlight what really matters, all the while pulling the curtain down on Sudheer’s long career.

The beauty in this film unfathomable. Set in London in the 1980s, West Indians are often seen being denied entry in clubs. As a result, they host house parties. Lovers Rock is a film that manages to grasp the energy and bond of one of those nights and tells us what it means to find comfort and harmony is a huge chilling time.

This Spike Lee-directed adaptation of David Byrne’s hit Broadway show is full of happiness and expressiveness. It is just as performed by Byrne and his troop, full of freshness and inclusiveness, but also at the same time, fiery. Lee makes sure to capture Byrne’s intent perfectly.

In this film, Chloé Zhao makes sure to discover the true meaning of home. A fabulous performance by Frances McDormand can be seen, in which she plays the role of a widow who sells her house takes to the road in a van. Her journey is both thrilling and exhilarating.

This Aaron Sorkin film revolves around the drama of an intense part of American history, during which a group of anti-war activists is tried for conspiring to stir-up violence at the 1968 Democratic National Convention. This film is both entertaining and awakening.

Alexander Nanou’s Collective is about a team of Romanian journalists who unfold a health-care scandal. It is a documentary that acts as a political thriller. It is also a witness to both the power and the necessity of investigative journalism.

This film was originally set to release in 2021. Thanks to COVID-19, we got this gift of art a little early. Hamilton is a mixture of inaccurate history that has a powerful impact.

This Eliza Hittman film revolves around the struggles of a 17-year-old American girl to get an abortion. Living in a state that requires her to have parental consent to abort, she tries to travel to New York with the help of the money her cousin steals from a grocery store. The film sometimes is a thriller, while, most of the time, is about the girls’ bond.

This adaptation of Louisa May Alcott of “Little Women” is about the March sisters, mainly Jo March. This film was like a warm hug in a year that was horrible, to say the least.

This film is about two settlers- a baker and a Chinese immigrant who is an entrepreneur. They try to start a business of selling fruit cakes made of purloined milk of a local cow. The business takes off, and so does their bond. The place is both precious and exciting.