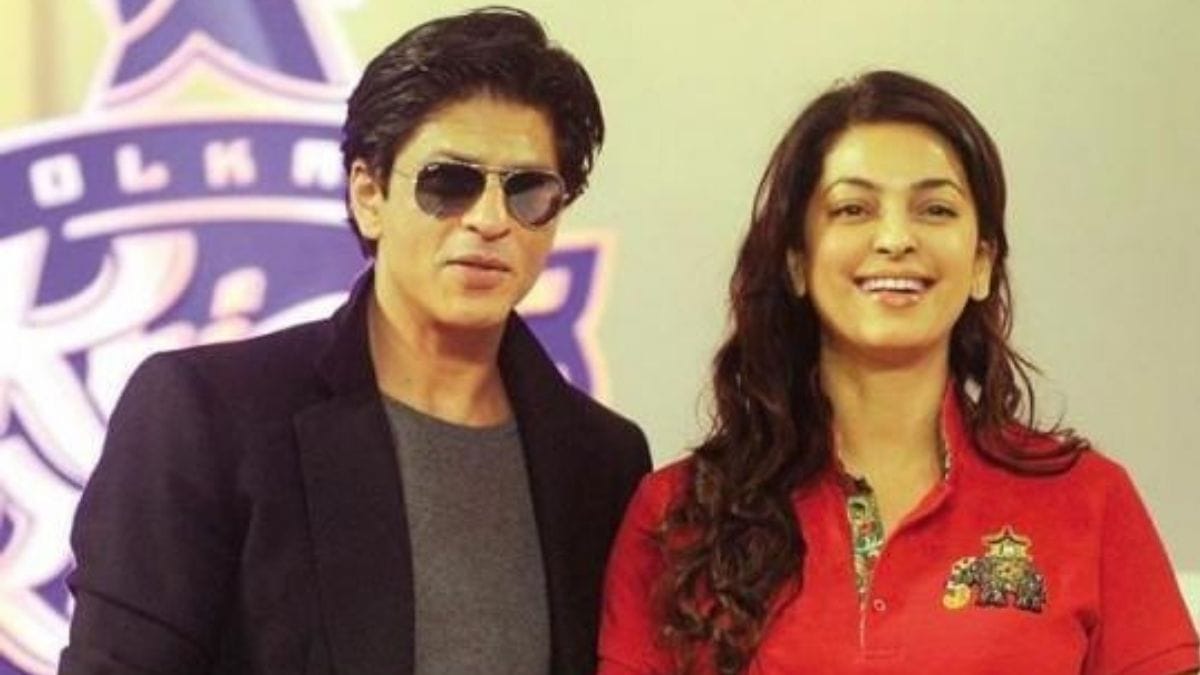 Juhi Chawla and Shah Rukh Khan mutually own the Indian Premier League (IPL) team Kolkata Knight Riders. During a recent appearance, Juhi uncovered SRK’s response when their team is losing a match. The actress expressed that she prays constantly while Shah Rukh Khan begins scolding her.

Juhi Chawla and Shah Rukh Khan share a good bond. Their kids Aryan Khan and Janhavi Mehta had gone to the IPL auctions this year. Sharing an image of them at the occasion, Juhi had written on Twitter“So happy to see both the KKR kids, Aryan and Jahnavi at the auction table… @iamsrk @KKRiders.”