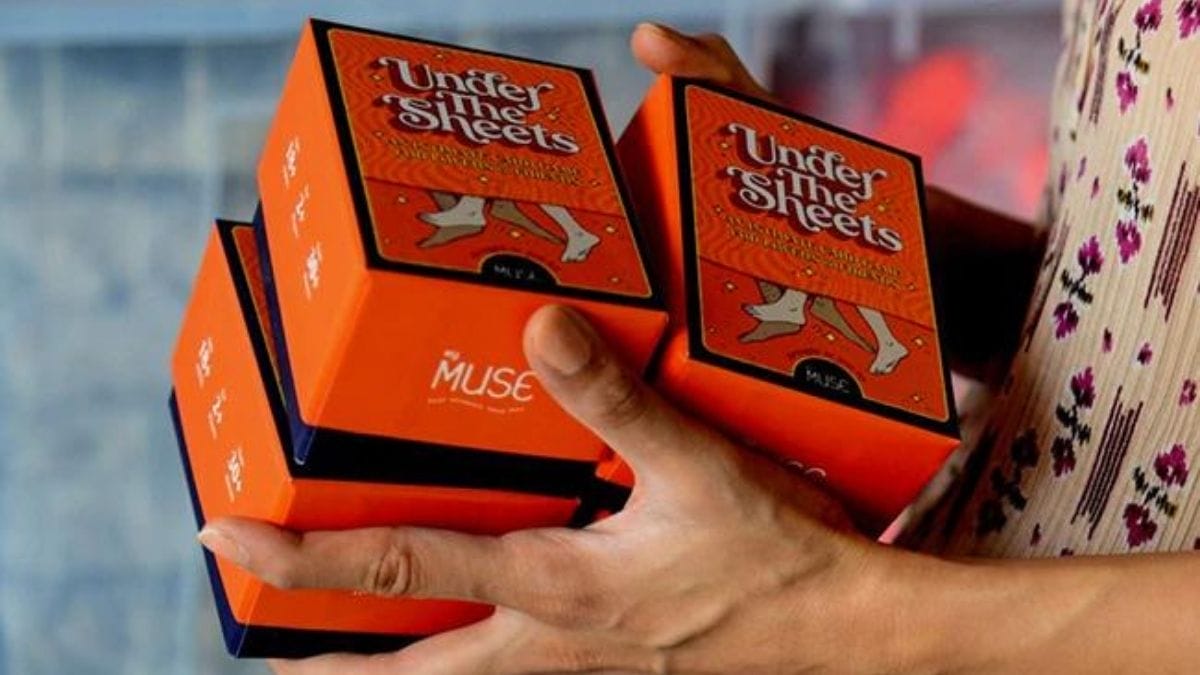 The couple behind a new start-up using adult toys and cheeky adverts to challenge long-held taboos say they want to take the “shame, guilt and fear” out of sex in India.

Despite its heritage as the land of the Kama Sutra, open discussions around sexuality and intimacy are often regarded as obscene in the largely conservative country.

MyMuse, founded by Anushka and Sahil Gupta, is tackling this with tongue-in-cheek marketing and creatives, which according to them make the products seem less intimidating and encourage first-time buyers.

“There’s this shame, guilt and fear associated with buying something that should be used in your intimate areas, and that’s the first thing we wanted to turn around,” Anushka says.

“(We want to) just remove all of that misogyny, sexism from this idea and just make it something that’s beautiful, that’s natural, universal,” Anushka, who left her job at WeWork to become an entrepreneur, explains.

“This is a situation that’s fundamentally broken,” she said, adding that Indian women often face a culture of enforced silence around sex.

“It’s the most typically Indian conundrum where they will not talk to a woman about sex at all until she’s married, and the moment she’s married they’ll be like, ‘So when’s the baby coming?'”

But beyond challenging social norms, this new wave of start-ups see an opportunity for a “sexual wellness” industry in India.

Hrithik Roshan helped out with Preity Zinta’s twins on a long flight. Actress pens down a thankyou note

Tata Steel to consider Stock Split Proposal on May 3