Met Gala 2021: Lil Nas X slays the event as he reveals three outfits one after the other

His stunt reaminded of us Lady Gaga. 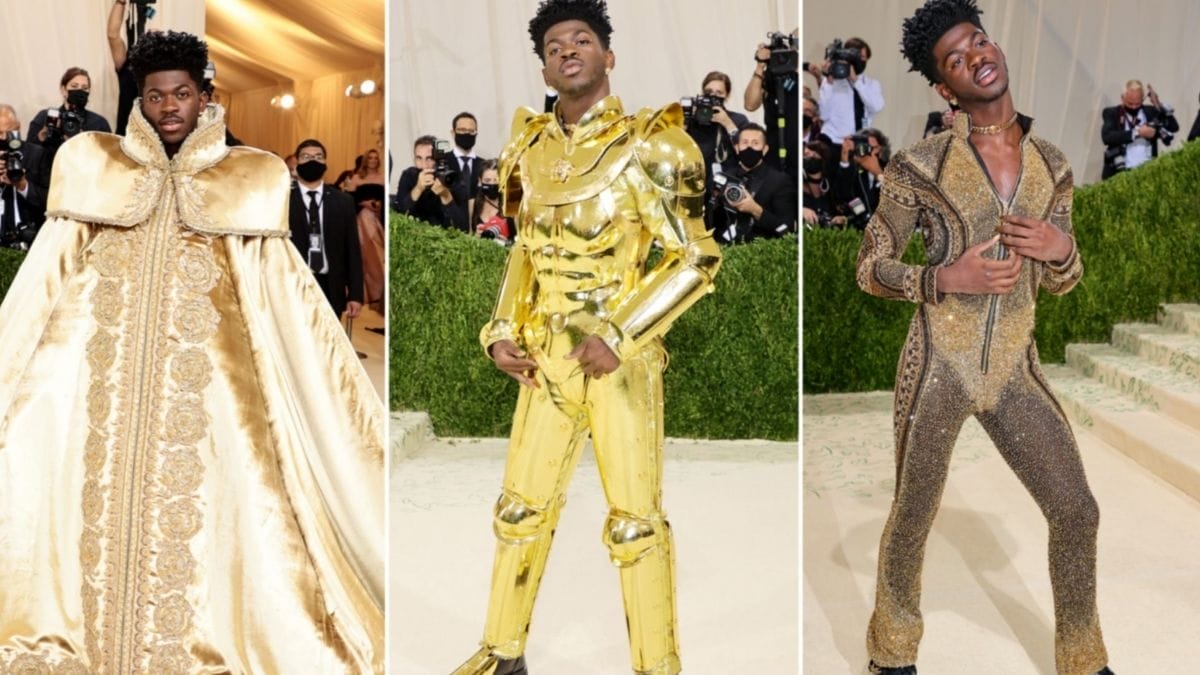 The Met Gala 2021 is a fundraising benefit for the Metropolitan Museum of Art in New York City.  It’s the glorious night of glitz and glam in the world of fashion. The event invites Hollywood’s A-listers and young creatives to showcase their true sense of fashion. Met Gala 2021’s costume theme was “In America: A Lexicon of Fashion”. One of the A-listers who really blew our minds was Lil Nas X with his outfits.

His stunt really reminded us of the OG Lady Gaga. Lady Gaga had done this back in 2019 wearing one outfit over another and revealing each outfit in the Met.

Rapper Lil Nas X wore not one, not two, but three outfits to this year’s Met Gala, all designed by Donatella Versace. Even though they were three separate outfits, they were all coherent looks. The first one was an ornate cape covered in intricate gold beading, that came with a lengthy train. He looked like royalty.

The second one was a golden armour where he looked like a comic superhero. Under that, his final outfit was a sexy gold embellished bodysuit with Versace’s iconic signature house print, covered in crystals.

The internet went all crazy over this stunt and had good things to say about his out Met. No denying he was one of the best-dressed celebrities in this year’s Met Gala.