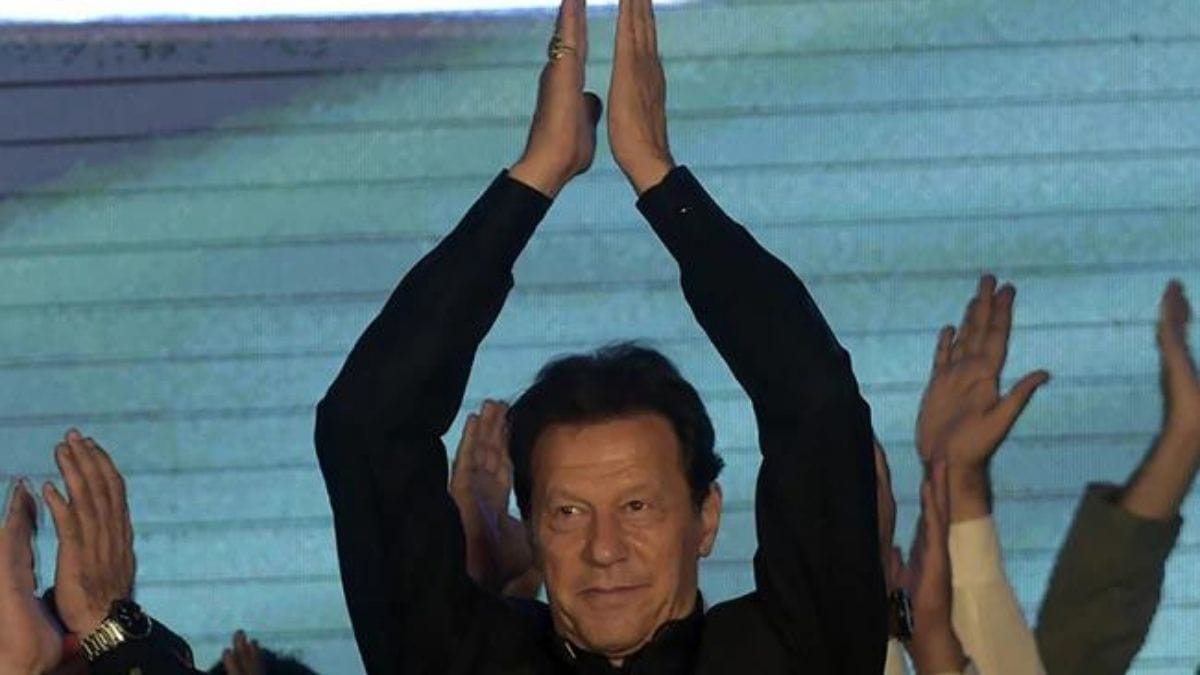 During a roadshow in Peshawar on Wednesday, questioned whether Pakistan’s nuclear weapons were safe in the hands of what he called “robbers” and “thieves”, referring to the newly elected Shehbaz Sharif regime.

“The conspiracy under which these people were brought to power, I ask my institutions, is our nuclear program which is in their hands, can they protect it?” Khan said.

Addressing the US, Khan at the Peshawar rally said, “America, we don’t need your apology… who are you to forgive us? You are accustomed to these slaves, these Sharifs, these Zardaris.”

“Is the nuclear programme safe in the hands of these robbers, whose money is outside?” Imran Khan further said.

Addressing the country’s institutions again, he said, “Aren’t you putting the safety of Pakistanis in the hands of these thieves, have you no fear of God?”

Rubbishing Khan’s allegations, DG-ISPIR, Gen Iftikhar said “There is no such threat to our nuclear program and we should not bring it up in our political discussions,”.

“He Was Picked But Not Raina”: Vijay Shankar trolled after flopping vs Rajasthan Royals