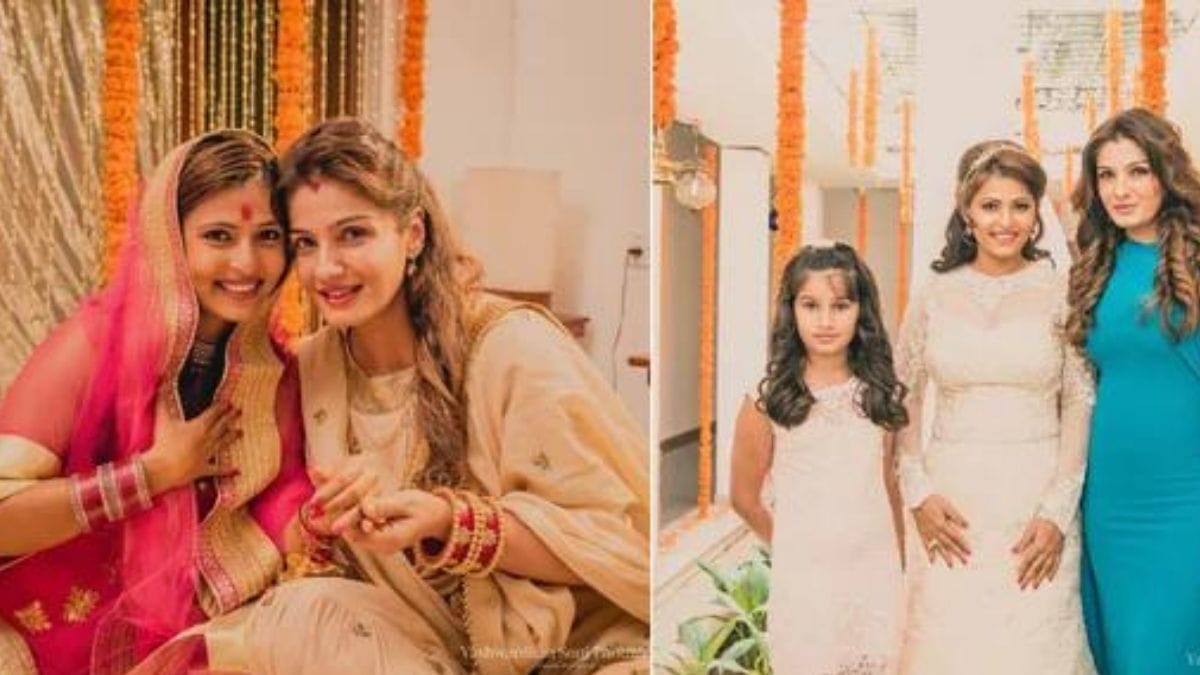 On Tuesday, actress Raveena Tandon shared a series of photos from her daughter Chaya Tandon’s wedding and wished her on her 6th wedding anniversary. Raveena adopted Chaya in 1995.

Posting the pictures, Raveena wrote, “When life is full of beautiful memories and moments.. to be cherished and celebrated for ever ! Happy Happy Anniversary my babies! Happiness and love always ! @chaya.m.m #shawn. Sada Saubhagyavati Raho (May you always be lucky as a married woman).”

In the first few photos, Chaya should be seen posing with Raveena and her children, Rasha and Ranbir. In other photos, Chaya is seen strolling down the aisle wearing her white bridal gown. Chaya got married with Shawn in a Hindu-Catholic ceremony in Goa on January 25, 2016.

In an interview to Hindustan Times in 2016, Raveena had said about her daughters, “My daughters are my best friends. I remember, when I got married, they were the ones who sat in the car and led me to the mandap. And now, I got the chance to walk them down the aisle. It is such a special feeling.”