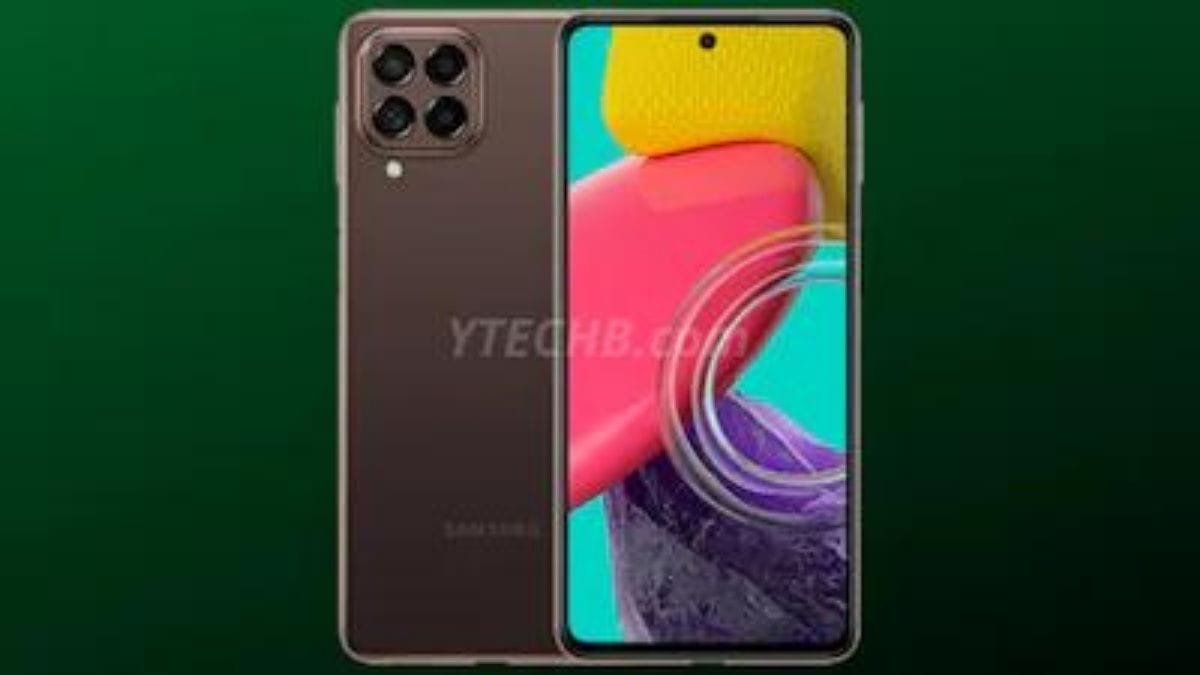 Samsung Galaxy M53 5G renders have been leaked suggesting that the smartphone may come with a quad rear camera and a hole-punch display. The development comes a few days after the rumoured specifications of the Samsung handset were leaked. The phone is tipped to come with a 6.7-inch Super AMOLED display with a refresh rate of 120Hz, run One UI 4.1, and be powered by a MediaTek Dimensity 900 5G SoC. According to reports, Samsung may price the phone starting from VND 10.5 million (roughly Rs. 35,000).

Reportedly, the Samsung Galaxy M53 5G could sport a 6.7-inch Super AMOLED display with a 120Hz refresh rate. It may run on Android 12 with One UI 4.1 on top. This phone is tipped to be powered by a MediaTek Dimensity 900 5G SoC, which could be paired with 8GB RAM and up to 256GB of storage.

The Samsung Galaxy M53 5G could get a quad rear camera unit headlined by a 108-megapixel main sensor. Other cameras are said to include an 8-megapixel sensor with wide-angle lens, a 2-megapixel macro shooter, and a 2-megapixel depth sensor. For selfies and video chats, the phone may pack a 32-megapixel camera. Samsung may pack a 5,000mAh battery with support for 25W fast charging.

Sonam Kapoor was advised to wear a mask. Her Husband Anand Ahuja’s Reply