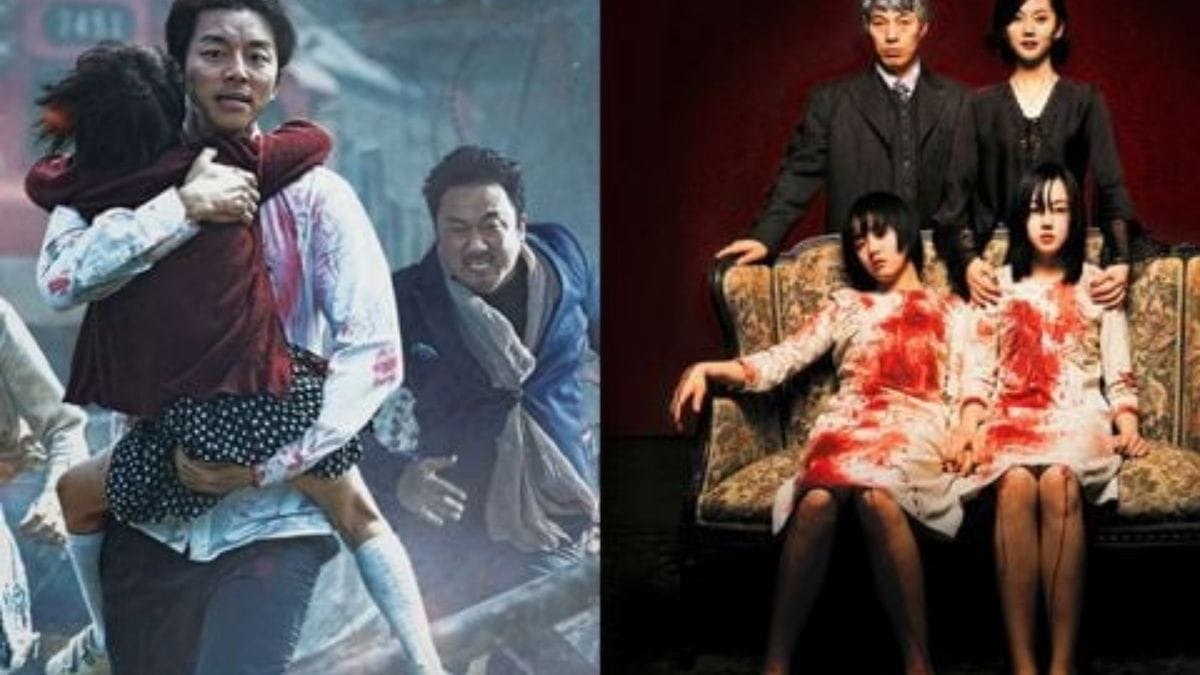 A video game streamer is left alone in his Seoul apartment while a zombie apocalypse rages outside in this zombie film. Initially posting on the internet to inform anyone who might still be alive of his whereabouts, the internet, along with the water supply and electricity, became unavailable very quickly.

#Alive offers a fresh take on the zombie genre, mixing modern themes like social media, genuinely believable fear from its main character, and an unlikely relationship between the main survivor and his neighbour, focusing more on his struggle to survive rather than the zombies or how they were created.

Gonjiam: Haunted Asylum follows a film crew, like to that of Grave Encounters, as they examine a well-known haunted asylum. The film crew believes that if they live stream the incident, they will make thousands of dollars, based on several web films of people who have attempted and failed to explore it without being wounded.

While Gonjiam: Haunted Asylum follows the now-familiar and frequently-used found-footage style, it does so in a unique way, with believable dialogue in the form of behind-the-scenes joking and chatter from the characters and a pacing that, while effective in setting up the story, fails to prepare the viewer for the sheer terror that it soon begins to deliver.

The Call, based on the 2011 film The Caller, was released in 2020. It depicts a young woman who receives a phone call from a mysterious woman claiming she is being tortured when she returns to her abandoned childhood home. This phone call was made from the same house 20 years ago, according to the evidence.

The plot, which combines fantasy, horror, and drama, is both dramatic and intriguing. There are no jump scares or typical horror movie tropes, yet the atmosphere is one of pure psychological dread.

This is not your typical Hollywood B-movie. The Host follows a sometimes comically foolish father as he seeks to save his daughter from a mysterious river-dwelling creature after it kidnaps her from the family’s snack stall in the middle of the day.

The film, which is more than just a horror creature story, delivers scares and chuckles and was inspired by a true, if less fantastical instance in South Korea, according to The Guardian.

Bedevilled, released in 2010, is a horrific film about a woman seeking vengeance after her daughter is murdered. The film deals with some disturbing themes and provides a gloomy and nihilistic experience. As a horror film, however, it stands out from the crowd, delivering not just brutal gore and violence, but also an adrenaline-pumping experience that any horror movie enthusiast will enjoy.

While some films involve gratuitous and unneeded violence, bedevilled makes its violent sequences the outcome of a tortured and believable emotional journey.

The net worth of BTS members will astound you; take a look.