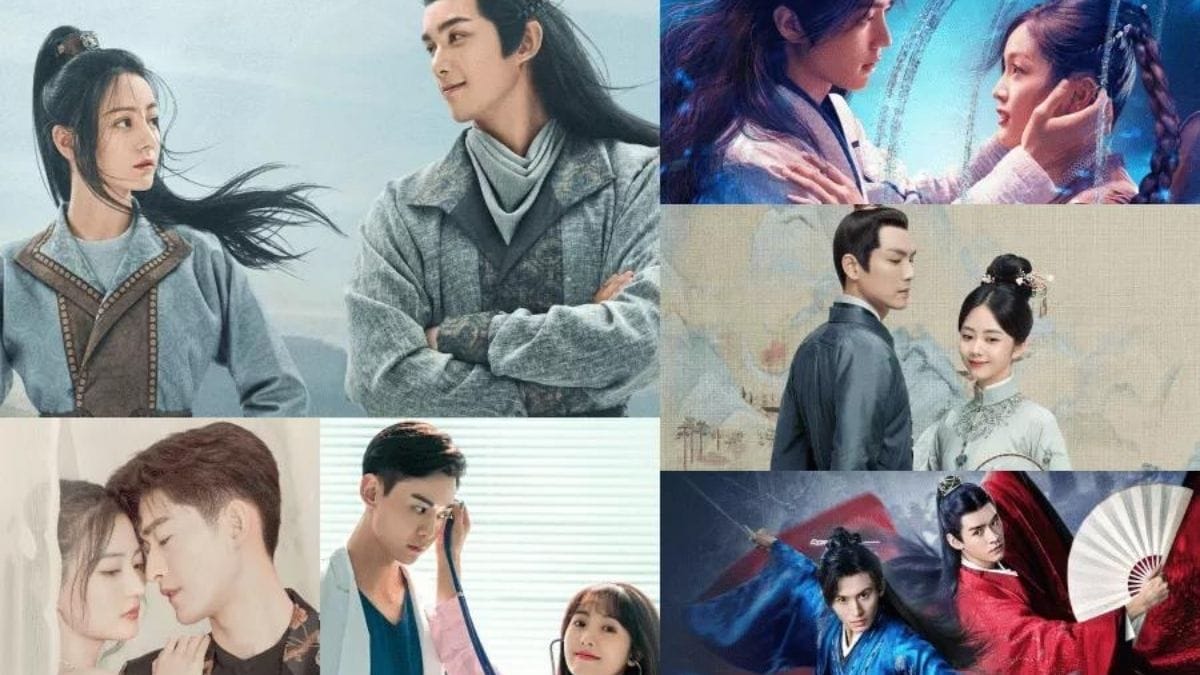 There’s no doubt that Chinese dramas are everyone’s favourite. There was no shortage of wonderful dramas to see, ranging from sweeping fantasy epics to modern love stories. Here’s a list of the top Chinese dramas of 2021 for people who are new to the Chinese drama scene or just want a reminder on which dramas were the finest.

“My Little Happiness,” starring Xing Fei as Zhuo Rong, a determined young woman with dreams of becoming a lawyer, and Tang Xiao Tian as Wen Shao Qing, a surgeon who finds himself in need of legal assistance, is a fun little rom-com that proves no matter how hard you try, you can’t escape the strings of fate. Zhuo Rong defies her mother’s wishes to study overseas by not only convincing her mother that she is studying abroad, but also by interning at a local legal company. While that act of deception is amusing in and of itself, the immensely knotted situation she finds herself in when she takes on her first case is what propels this drama.

Falling into your smile

“Falling Into Your Smile,” set in the competitive realm of eSports, illustrates all the possibilities that await those ready to think and act beyond the box. Although Xu Kai’s Lu Si Cheng is a hardened professional player, everything changes when he meets Cheng Xiao’s plucky Tong Yao. They’re about to turn the male-dominated world of eSports on its head, which is part of what makes this drama so entertaining. Nothing beats seeing the chilly, professional gamer transform into a loving, supportive fan who only wants to watch his wonderful wife dominate the world of pro gaming.

You are my hero

In the romance medical military drama “You Are My Hero,” Sandra Ma’s hardworking doctor, Mi Ka, meets Bai Jing Ting’s special ops agent, Xing Ke Lei, sparks ignite right away. Working together in the aftermath of a devastating earthquake, the two unlikely companions discover they have more in common than just a desire to save lives. This drama, which is equal parts action and romance, pleases on so many levels that it was impossible to leave it off the list.

Zhao Lu Si’s Gu An Xin has no option but to care for the recovering amnesiac after running across Liu Te’s Ling Yue in the lovely rom-com “Please Feel At Ease Mr. Ling.” The two share a series of adventures that unwittingly draw them together as they nurse the unaware heir of an unfathomable riches back to health. While amnesia is a typical drama cliche, the way it’s employed in “Mr. Ling” makes it a lot of fun since, rather than being used to drive people apart, it’s actually what pulls them together. Combine that with a witty cast of characters and increasing sexual tension between the leads, and you’ve got a rom-com that’s well worth your time.

“The Sword and the Brocade”

In the sweeping historical drama “The Sword and the Brocade,” Tan Song Yun’s Shi Yi Niang is forced to save her family from absolute ruin by fate, and she soon finds herself married to Wallace Chung’s Xu Ling Yi. Ling Yi is a renowned military officer and a highborn duke, while Yi Niang is a skillful embroiderer with nothing more to contribute than her talent. The two have nothing in common except an ever-increasing number of problems looming on all sides. With no alternative but to work together, this reluctant couple grows closer as they strive to save their family from certain death. You can’t help but be moved by this couple’s transformation from complete strangers to true loves.

After a near-fatal accident forces Allen Ren’s Gu Chuan to live a shadow of his previous existence in “Miss Crow with Mr. Lizard,” he comes to believe that his life has lost all significance. Gu Chuan begins to believe that he can once again have a life worth living after meeting Fei Xing’s Jiang Xiao Yu. Knowing how lonely and unhappy Gu Chuan was prior to meeting Xiao Yu, seeing that spark of life return is quite amazing.

In the sweeping historical epic “The Rebel Princess,” 15-year-old Wang Zuan (Zhang Zi Yi) is forced to marry Xiao Qi (Zhou Yi Wei), a low-born but strong general. She believes her life is virtually finished, but in actuality, it has just just begun. Though this couple’s trip takes several years, it is time well spent since the experiences they share and the developing turmoil that surrounds them not only bring them closer together as a pair, but also propels them toward an unforeseen destiny. When they eventually find themselves in a position of unexpected power, the life they’ve shared up to this point is exactly what gives them the strength to fight what could be the most difficult struggle they’ve ever faced.

In the historical romance “The Long Ballad,” Dilraba Dilmurat’s Li Chang Ge resolves to avenge her family’s death as the solitary survivor of a brutal coup. Chang Ge is ready to wreak her retribution after years of preparing, but she is prevented at the last minute by an unexpected onslaught by the Eastern Turkic Khaganate. Chang Ge, now a prisoner of war, later forms an alliance with the conquering general Ashi Na Sun, played by Leo Wu. They’re a formidable force when they work together, but how can Chang Ge stay at Na Sun’s side when her family has yet to be avenged? With so many historical romances to choose from, it’s this question that sets this drama distinct.

Sunshine of my life

In “Sunshine of My Life,” Zhang Han’s Tang Ming Xuan is a goal-oriented workaholic, but everything changes when he meets Xu Lu’s gifted Tang Fei at a design fair. Is that the case? Ming Xuan and Tang Fei are committed to their individual dreams and are willing to put their affections aside in order to achieve their goals. They are only willing to give their love a chance to flourish once they are reconnected by fate. What makes this drama genuinely unique is that it permits its main couple to achieve their lifelong aspirations rather than sacrificing everything for love.

In this sequel to the 2019 smash drama “Go Go Squid!” they reprise their roles as Dt and Appledog. In “Go Go Squid 2: Dt, Appledog’s Time,” Hu Yi Tian and Li Yi Tong return as stars in the field of robot battle. Dt and Appledog may have mutual respect professionally, but when it comes to competition, they’re both out to win. Naturally, things take an intriguing turn when their professional respect evolves into something far more personal. Having the opportunity to return to the universe of “Go Go Squid!” ” is reason enough to watch this drama; there’s no denying that seeing these two fall in love is a lot of joy