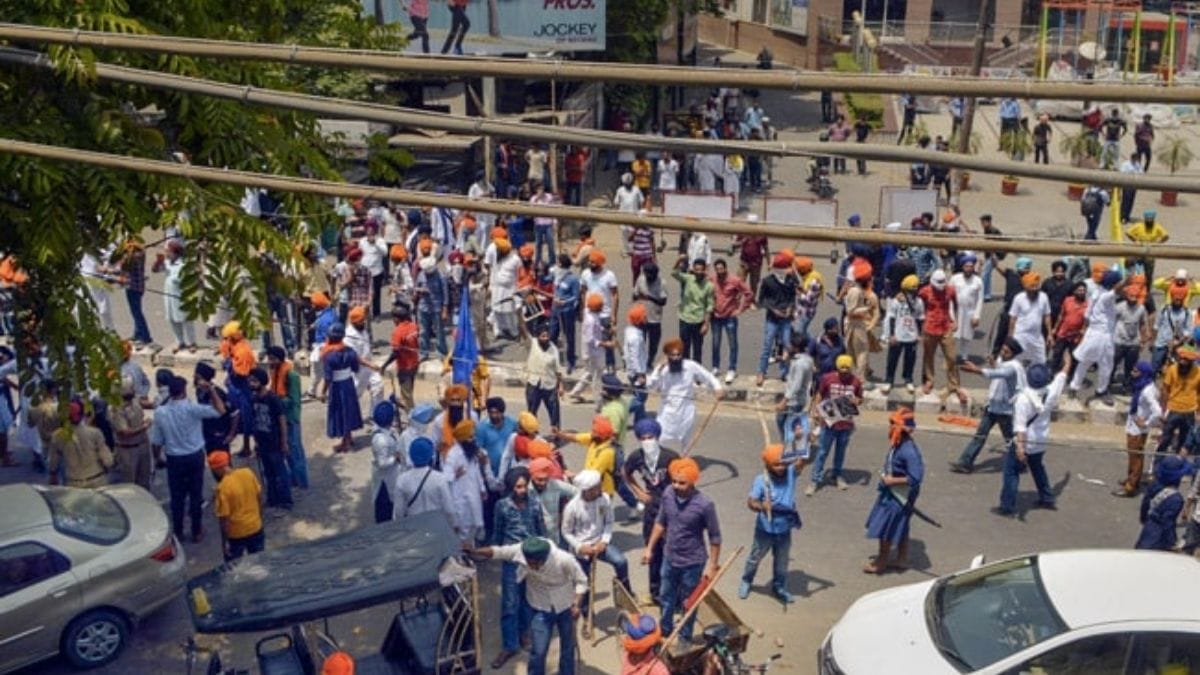 A day after Patiala witnessed clashes between two groups during an anti-Khalistan march that left four people injured, the Punjab government today took strict action against the state police, removing three top officers from their posts over their failure to control the violence in the district.

The clashes in Patiala were political and not communal as reported earlier, Chief Minister Bhagwant Mann told NDTV today, saying that Shiv Sena and BJP workers and Shiromani Akali Dal men were behind the clashes.

“Mobile internet services (2G/3G/4G/CDMA), all SMS services and all dongle services etc provided on mobile networks except voice calls in the territorial jurisdiction of the District of Patiala from 9:30 am to 6 pm on 30th April 2022.All Telecom Services providers in the State of Punjab and Head of BSNL (Punjab Jurisdiction) are hereby directed to ensure compliance of this order,” said the state government release.

“Peace and calm should be maintained. The situation is under control. Mobile internet services are temporarily suspended today to stop rumour-mongering. FIRs filed in three instances. On the basis of evidence gathered from video footage action will be taken,” she added.

“The issue has been solved. There were few Shiv Sena members, and some from the BJP, their district head. On the other side, there were Shiromani Akali Dal workers. It was a clash between two political parties. It was not a communal clash,” Mr Mann said.

The situation was brought under control after police fired in the air to disperse the crowd.

The NMIMS School of Commerce has announced BBA and B. Com (Hons) admissions for the…