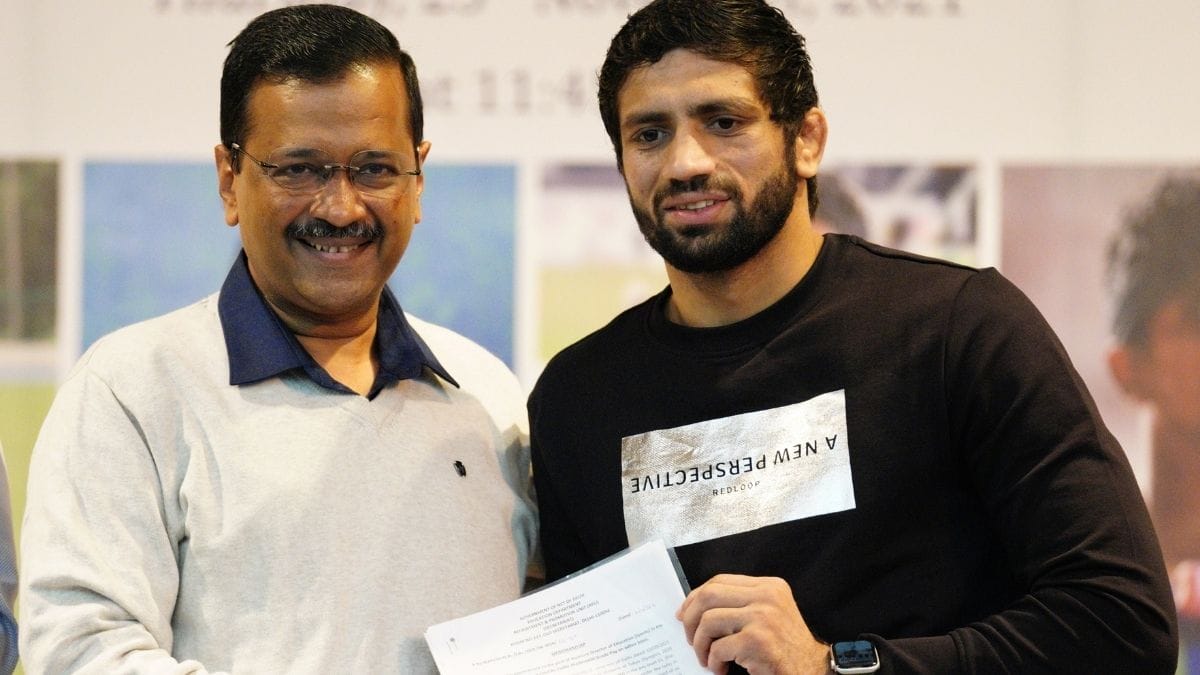 The Olympic Bronze medalist Ravi Dahiya has been awarded yet another individual laurel by Delhi CM Arvind Kejriwal. On Thursday, Kejriwal felicitated the Olympic silver medalist with the “Samman Rashi” of 2 crore rupees. Dahiya was also appointed as the assistant director in the sports department.
The award was presented to Dahiya and his six other fellow Olympians and Paralympians in a ceremony that was arranged by the Directorate of Education and Sports. By the medium of this ceremony, the Delhi government on Thursday felicitated all the medal winners of the Tokyo Olympics and Paralympics alike, reports PTI.
During the program, the Delhi CM was quoted saying, “we are honoring six of our country’s heroes. We always say that the two-crore people of Delhi are like family to us. And when a child in our family excels in something, the entire family feels elated and proud.” Kejriwal added that by winning the medal at the paramount tournaments, these children of Delhi have made the whole nation proud and this felicitation is just a medium to thank these athletes for their hard work.
Apart from Dahiya, Sharad Kumar the bronze medalist Paralympian in high jump also received a cheque worth 1 crore rupee for his achievement at the Paralympics. Also, athlete Kashish Lakra along with Simran received 10 lakh each, while Sarthak Bhambri and Amod Jacob were awarded 5 lakh each, according to the official statement.