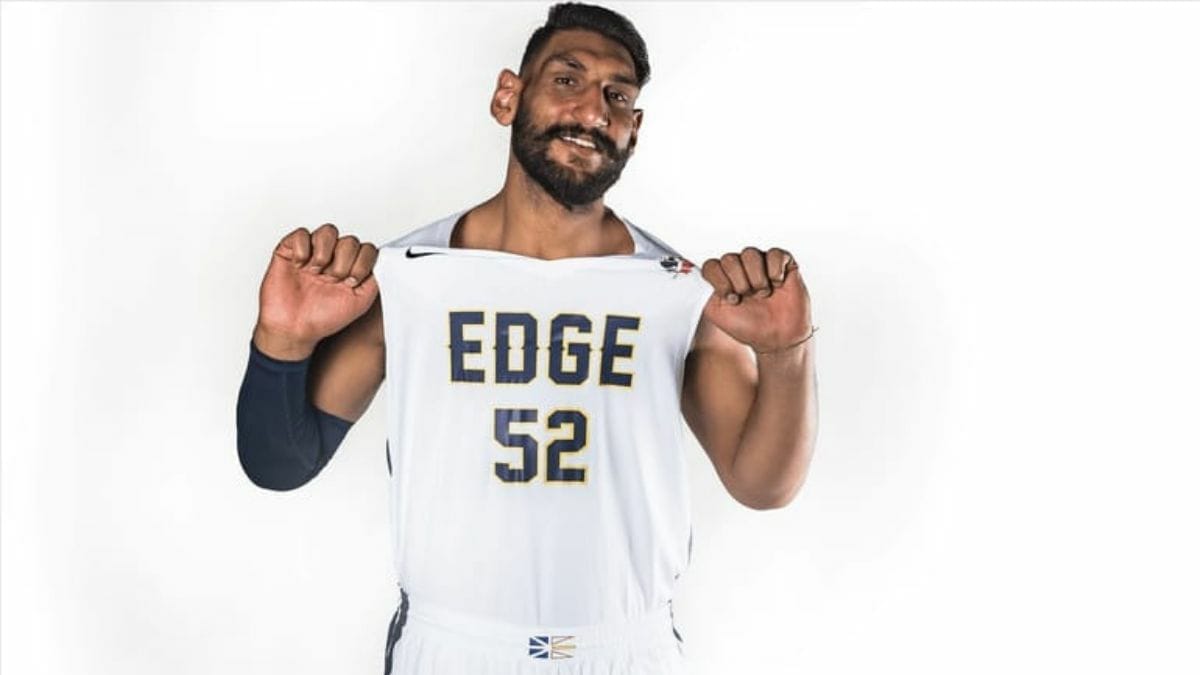 India has a vast potential to gain world domination in sports, with a population of over 1.2 billion people, the most of whom are young. It’s no different in basketball. Although India has made significant progress in some sports, basketball continues to be overlooked in the country. Despite the scarcity of resources, jewels have emerged in the last decade. Here is a list of five well-known Indian basketball players who have achieved fame over the years.

When it comes to basketball, Satnam Singh is without a doubt the most well-known name in India. Satnam was the first Indian-born player to be drafted into the NBA in 2015. (American Basketball League). The Mavericks selected him as the 52nd overall choice in the second round, however he was eventually waived. He is now a member of the St. John’s Edge of the National Basketball League of Canada. The Indian Big Man has always had high expectations, but he has never lived up to them. In the 2015-16 NBA G-League season, he averaged 1.5 points and 1.5 rebounds per game. He did appear in the 2016-17 season, but only for eight games, scoring 1.6 points and 1.3 rebounds per contest.

Amjyot is the second Indian to join the Oklahoma City Blue in the NBA’s G-League. The 6-foot-8 forward is a steady performer in the league, working toward his dream of playing in the NBA one day. At the FIBA Asia Cup, he was the captain of the Indian basketball team. Amjyot had a good tournament for the country, leading the team in points (13.1) and assists (4.0). (4.3). The 27-year-old now plays in the NBA G-league for the Wisconsin Herd. Last year, he was involved in a scandal that resulted in a year of exile due to disciplinary procedures.

Amritpal Singh is the first man from India to play in the National Basketball League of Australia (NBL). After impressing in workouts, training camps, and the pre-season tour, he signed with the Sydney Kings and now serves as the team’s backup centre in the NBL. Amritpal competed in the South Asian Basketball Championship, the FIBA World Cup Qualifiers, and the FIBA Asia Cup. He was named MVP of the South Asian Championship after helping India to the win.

The first great Indian basketball player was Ajmer Singh. He was born in the hamlet of Rukanpur, Haryana, on December 12, 1953. Singh began his career as a police officer in Haryana after completing his education. After giving it a shot, the 6’6″ tall athlete discovered his calling in basketball. He made the critical decision to leave volleyball and give his entire attention to his newfound activity. Ajmer Singh also made the bold choice to go to Kota, which had a significant basketball legacy.

Anitha Pauldurai is one of India’s most dependable basketball players. In 2018, she announced her retirement. Anitha is the first Indian woman to compete in the Asian Basketball Confederation (ABC) championships in a row. She finished in the top ten in the 2013 FIBA Asian Women’s Championship. She won gold in the first ever 3 on 3 FIBA Asian Basketball Championship in Doha in May 2013. She has won the Most Valuable Player titles at important all-India tournaments in Mumbai, Delhi, Punjab, Coimbatore, Karur, and Chennai, as well as the Ramu Memorial Trophy and the Savio Cup.