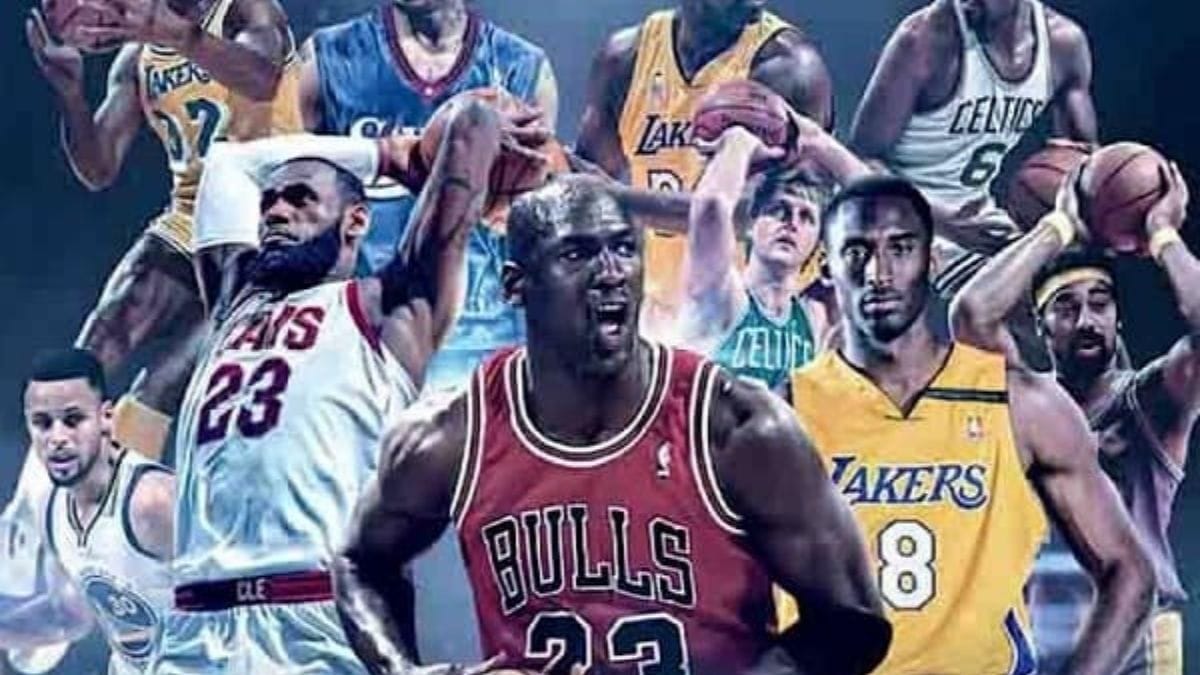 “The Process” by Joel Embiid led the Sixers to the No. 1 seed in the Eastern Conference by playing at an MVP-caliber level throughout the 2020-21 season. Then he dragged a Simmons-less roster behind him this year before impressing a particular lefty on this list enough to force his way out of Brooklyn. The 7-foot-2 centre is in the best shape of his career and has a greater influence on both sides of the court for his club than any other NBA player.

Kevin Durant was the clear No. 2 in the NBA before suffering a torn Achilles injury in the 2019 NBA Finals. After? Durant has managed to reclaim his elite form despite suffering a heel injury that has altered the careers of greats before him.

With the Thunder, Durant became the best scorer in the world, with the Warriors, he became a gifted passer and more willing defender, and now with the Nets, he is neck-and-neck for the title of best player in the world.

Giannis Antetokounmpo improved on his two MVPs by capturing the NBA Finals MVP award last season. His tremendous 7-foot-3 wingspan allows him to dominate on both ends.

His incredible athleticism makes the Greek Freak an unstoppable force in transition and on defence, and he’s already an NBA champion. Giannis has shown some remarkable attacking movements in 2021-22, indicating that he is still a long way from his overall peak.

The post-Space Jam era of LeBron James’ career has begun.

He’s this generation’s most well-rounded player, and James’ quest to become the greatest of all time keeps him motivated to remain among the best players in Year 19.

In December 2021, Steph Curry broke Ray Allen’s 3-point record, cementing his status as the finest shooter of all time.

Last season, he was winning games by himself at times and is currently in MVP form, leading the Warriors back to the top of the Western Conference.

Though James Harden’s nine-year stint with Houston ended in disgrace, he did the same with the Nets the following year. His scoring talent, however, will never be underestimated. His vision, on the other hand, is often disregarded.

Harden struggled with a hamstring injury in his first season in Brooklyn, but he still averaged over 11 points per game. When he played largely as point guard for the Rockets during the 2016-17 season, Harden led the league in assists, and his passing ability will be a tremendous asset to a Philadelphia team looking to capitalise on Joel Embiid’s prime.

Nikola Jokic was crucial during Denver’s amazing run to the Western Conference Finals while on the bubble, but he took it to another level during his MVP season. Jokic has acquired a remarkable combination of talents, from scoring clutch shot after clutch shot to passing his teammates open.

Jokic, like another centre on this list, is the team’s sole supporter. Despite the fact that he doesn’t have as much of an influence on defence, he’s demonstrated that he’s not a liability.

The most enjoyable aspect of this season has been Ja Morant’s stratospheric ascension. In his third season in the NBA, he’s been playing at an MVP level, can jump out of the building, and has progressively improved his field goal percentages from all over the court.

Morant, who is beginning to challenge Embiid for MVP, has arrived at the right time.

It’s been incredible to watch how far the third overall choice in the 2018 NBA Draft has exceeded expectations thus far in his NBA career.

Luka Doni can do it all offensively and has greatly increased his assist numbers each season with the Mavericks, despite always playing at his own pace. His ability to take control of games is unrivalled.

Kawhi Leonard, the third multi-NBA Finals MVP, has shown he can win as a lone superstar while with Toronto and is trying to do the same with the Clippers.

Leonard takes more care in his one-on-one defence than almost anybody else in the NBA, and he’s enhanced his offensive repertoire with each passing year. Despite the fact that his critics point to his preferential treatment and relaxation days, “The Claw” could have the final laugh before long.