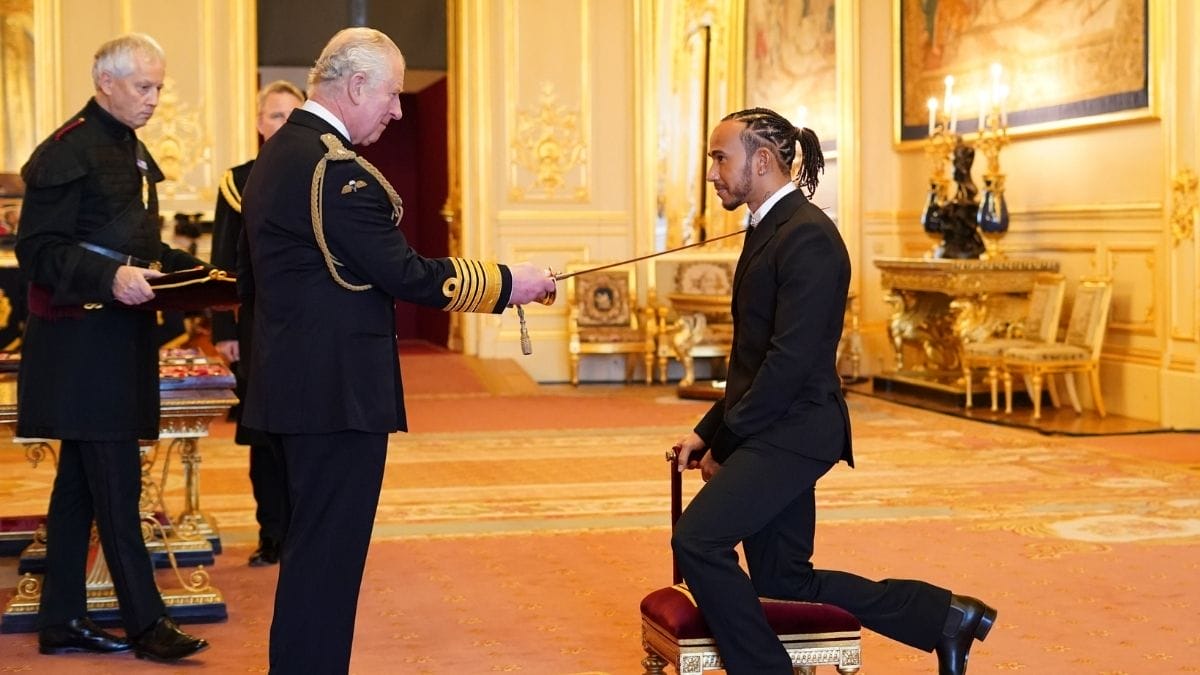 Days after losing the Abu Dhabi Grand Prix 2021, Lewis Hamilton was awarded the knighthood for his services to motorsport on Wednesday.

Hamilton currently holds the record of most race wins. He has 103 races and simultaneously is tied with Legendary driver Michael Schumacher on seven driver’s championships.

During an investiture ceremony, Hamilton, the only black driver of the entire F1 sport, received the knighthood by the hands of Prince Charles at the Windsor Castle in England.

Hamilton became the fourth F1 driver to be honoured with the knighthood. Before him, the honour was bestowed upon the Australian driver Jack Brabham, Stirling Moss, and triple champion Jacki Stewart. Hamilton is the only driver to have received the title while still racing.