Money Heist Season 5: Have a look at the Top 9 moments of Berlin and Nairobi

It's time for you to wear the iconic red jumpsuit and Salvador Dali mask, as we present you the best moments of Berlin and Nairobi. 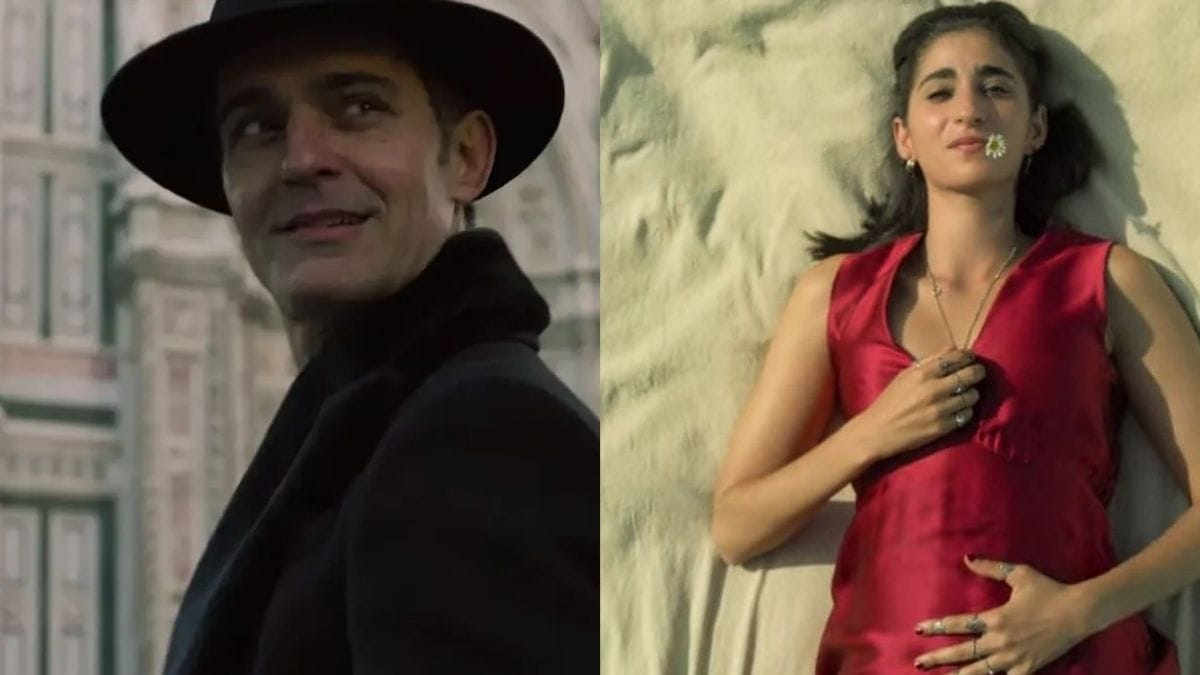 Money Heist is one of the popular series on Netflix. The show is a mixed package and has everything — comedy, romance, and thrill. Most of all, it’s the excitement of seeing a masterful “Professor plan” play itself out. Season 5 Volume 1 is already out and we wait for Volume 2. Here’s a look at the best moments of Berlin, Nairobi from the show as our favourite fictional characters are heavenly abode in the show.

#1 Berlin takes one for the team.

Throughout the gang’s journey in The Royal Mint of Spain, Berlin is seen as an egocentric psychopath who always wants power. However, there is a scene where his sacrifice for the team deserves a special mention. In the second season, when the team is ready to escape through the tunnel they dig, Berlin stays behind and

fights the cops which certainly kills him. 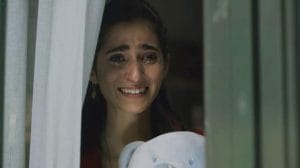 Nairobi suffers as she gets played by Alicia Sierra, the interrogator. Alicia is seen taking advantage of Nairobi’s son, whose custody she loses while serving in the prison. Alicia makes Nairobi come to the window promising her to show her son instead a sniper shoots her. Luckily she doesn’t die. 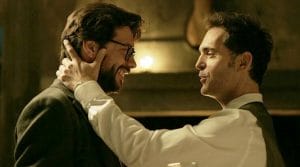 At the end of season one, in a flashback scene, it is shown that Berlin had a conversation with the professor which indicated him as his brother. As they toast together, Berlin starts singing  Bella Ciao and Professor joins him while revealing their real connection. This revelation did surprise us all. 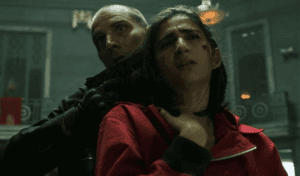 The most heart-wrenching scene! Nairobi was held hostage by Gandia. He uses Nairobi in the whole heist to get the power of the situation. The jaw-dropping moment comes in a split second when Nairobi turns around to face Gandía as he calls her a mutt and boom! There it is, a bullet right through her forehead! The fast-paced scene slows down. We were left in splits as we couldn’t even gather ourselves!

#5 The time when Berlin clarifies himself 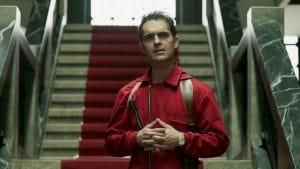 Berlin is seen as an egocentric narcissist. But here police is seen playing foul. It was due to the cop’s dirty game that Berlin gets accused of trafficking women and raping minors. He says, “I would never sell women and definitely not children. My ethic code doesn’t let me do it.” While Nairobi tries to calm him down, Berlin angrily states, “What about my dignity, Nairobi? I have a reputation to maintain. 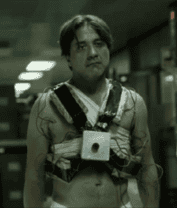 Arturo, the bank director puts the gang into a lot of trouble including, Oslo’s death. Without Arturo, it would have been a smooth heist. Berlin is moved to the core by Oslo’s death and turns into a devil. He takes over the power and shows the hostages what he has done with their leader Arturo – turns him into a human time bomb pasting bombs over his body. One move and boom! Of course, that was just to scare Arturo and other hostages.

#7 Tokyo gets thrown out by Berlin 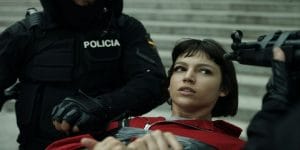 Tokyo just goes south sometimes. Her short temperament gets people in trouble. Tokyo starts playing rough with Berlin as Berlin lied about his death and to take revenge Berlin throws Tokyo out of the Mint Of Spain directly to the cops. 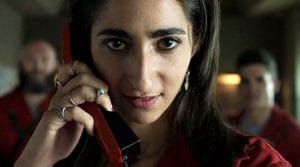 This is an iconic moment when Nairobi tells the professor “Empieza el matriarcado”(Let the matriarchy begin). It shows how members were trained to listen to Berlin but Nairobi turns out to be a beautiful leader. 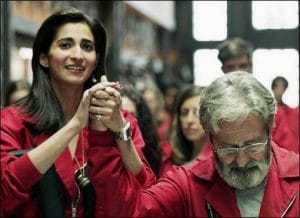 Nairobi was always focused on accomplishing the job and maintaining peace. The scene melts our heart when a hostage – Mr Torres who was assigned to help her print money praises her as “the best boss he ever had.”

Deepika Padukone all set to launch Global Lifestyle Brand; The first category will be beauty and skincare

Jitendra Kumar: I don’t even have that fear about being stereotyped