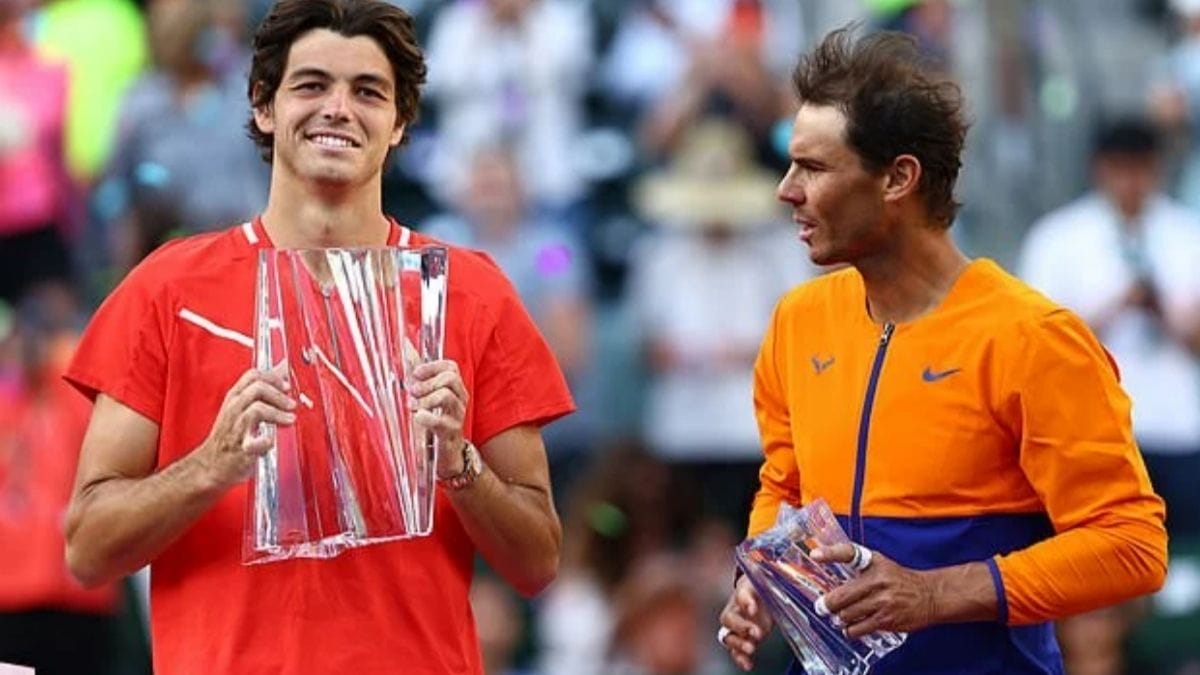 A wounded Taylor Fritz brought Rafael Nadal’s 20-match winning run to an end with a 6-3 7-6 (5) win in the Indian Wells final on Sunday, becoming the first American to lift the title since Andre Agassi over two decades prior.

Nursing an injured ankle, Fritz said after collecting his second career title he had doubts he could even take to the court and had before experienced such pain before a game.

Be that as it may, the 24-year-old American decided to gut it out and was rewarded with the greatest victory of his career, fighting off the 21-time Grand Slam winner.

“This is just one of those childhood dreams you just think would never come true,” said Fritz. “I can’t even describe how ridiculous it is how I could play today.

“I have never experienced worse pain in my life before a match.

“If I knew it was going to be that bad, I wouldn’t have come out here. I took a couple of change-of-direction steps and screamed and honestly I was trying to act tough because I had cameras on me.

“We did a lot of work leading up to the match and I went through a rollercoaster of emotions before the match thinking there’s no way I could possibly play today.”