The finest of tennis, from Roger Federer to other top unstoppable run 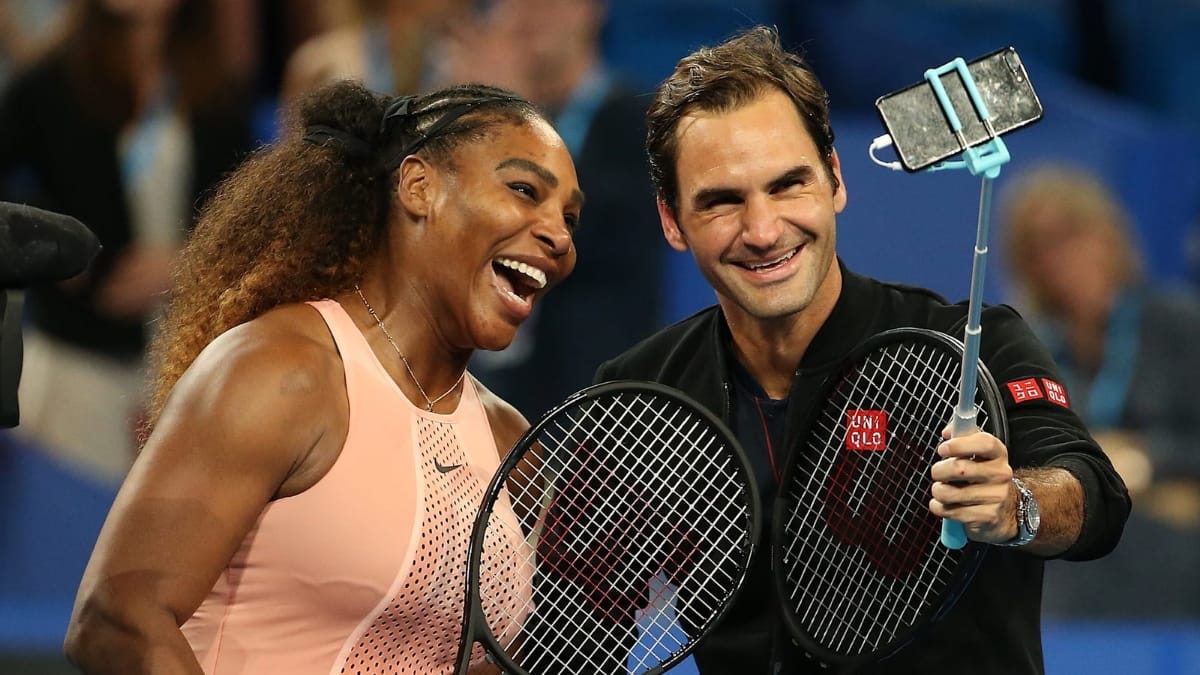 Tennis has created several legends over the years.

From the early days of Rod Laver and Margaret Court to the later years of John McEnroe, Bjorn Borg, Pete Sampras, Andre Agassi, and Chris Evert, the sport has always had someone reinventing the game and establishing their history with sheer brilliance.

Here are some heroes that have stood the test of time and are unquestionably among the best tennis players on the planet.

He is absent from any list of tennis greats. Roger Federer has mesmerised the tennis world since becoming pro in 1998 with his smooth touch and spectacular skill, winning 20 Grand Slam titles, a record only matched by his greatest opponents, Rafael Nadal and Novak Djokovic.

At Wimbledon in 2003, Roger Federer won his first Grand Slam. A semi-final victory against Andy Roddick was followed by a three-set victory over Mark Philippoussis in the final.

The Swiss ace has mastered the art of Grand Slam championship victories over the years, with Wimbledon’s grass being his favourite surface. Roger Federer holds the record for most Wimbledon titles with eight.

His achievements have seen him repeatedly ascend to the top of the tennis rankings tables. Roger Federer has spent 310 weeks as the world No. 1 in his career. The Swiss ace has also stayed on top for the longest period of time (237 weeks).

On the ATP Tour, Federer has over 1,000 victories. Along with Jimmy Connors and Ivan Lendl, he became only the third guy in the Open Era to win 1,000 or more matches at the Brisbane International in 2015.

Roger Federer is one of the top tennis players in the world, with two Olympic medals: gold in the men’s doubles in Beijing 2008 and silver in the singles in London 2012.

Rafael Nadal, Roger Federer’s closest friend off the court, is the only person who can match his achievements.

The southpaw, who was born in Mallorca, Spain, went pro in 2001 and won his first Grand Slam in 2005 at the French Open.

Nadal was already a hot property ahead of his inaugural French Open, having led Spain to a Davis Cup triumph as a teenager the year before and having a spectacular clay-court season (winning 24 consecutive singles matches).

After Mats Wilander in 1982, Nadal became only the second man to win Roland Garros on his first attempt.

Nadal’s love affair with the French Open lasted for years, with him winning the Roland Garros trophy a record 13 times. With victories at the French Open, Wimbledon, and the Australian Open in 2010, he became the first man to win a Slam on all three surfaces in a calendar year.

Rafael Nadal’s favourite surface is clay. With 81 wins on clay in the Open Era, the Spaniard owns the greatest winning streak on a single surface and holds the record for the most clay court titles (60).

Nadal has also won the Monte-Carlo Masters and the Barcelona Open 11 times each, both clay-court events.

Novak Djokovic of Serbia, a relative newcomer to the big boys’ league of legends, has established himself among the finest tennis players in the world.

Novak Djokovic has also won the Australian Open a record nine times and is the first men’s tennis player in the Open era to win each of the four majors at least twice.

Novak Djokovic, another player who relies heavily on his baseline game and booming serves, is only the second male player (after Rod Laver) to win all four Grand Slam titles in a single season. The Serb accomplished this record by winning Wimbledon and the US Open in 2015, then winning the Australian Open and the French Open the following year.

With his victory in the Cincinnati Masters, the Serb accomplished a Career Golden Masters by winning all nine ATP World Tour Masters 1000 titles.

Serena Williams has left no stone unturned in her quest to leave a legacy of successes and records behind her.

Despite turning pro as a 14-year-old in 1995, Serena Williams was unable to participate freely for long due to the WTA’s age restrictions for professional tennis players.

Serena Williams began her professional career by competing in a few select events where she had a wildcard entrance, but she quickly progressed.

Serena Williams, just 17 years old, became only the second African-American woman to win the US Open after Althea Gibson in 1958, and completed the calendar Slam in three years with some incredible performances.

Serena Williams is a one-of-a-kind talent with raw power and a keen understanding of the game. To put her opponents to the test, the American relies mainly on her powerful and consistent serves, as well as her powerful groundstrokes (both forehand and backhand). This aesthetic has allowed her to remain current across three generations.

In the Open era of the women’s game, the American great has won the most Grand Slam titles (23) and is chasing Margaret Court’s (24) record. Steffi Graf

Steffi Graf, who went professional in 1982, was adored around the world for her fast footwork and strong groundstrokes.

Graf dominated women’s tennis in the early Open Era due to her versatility and ability to adapt to any playing surface. It’s thought that Steffi Graf popularised the baseline game, which later champions like Serena Williams would master.

Serena Williams later broke her record of 22 Grand Slam championships, and she is the only woman in history to complete a Golden Slam, which includes winning all four Grand Slam titles as well as Olympic gold.