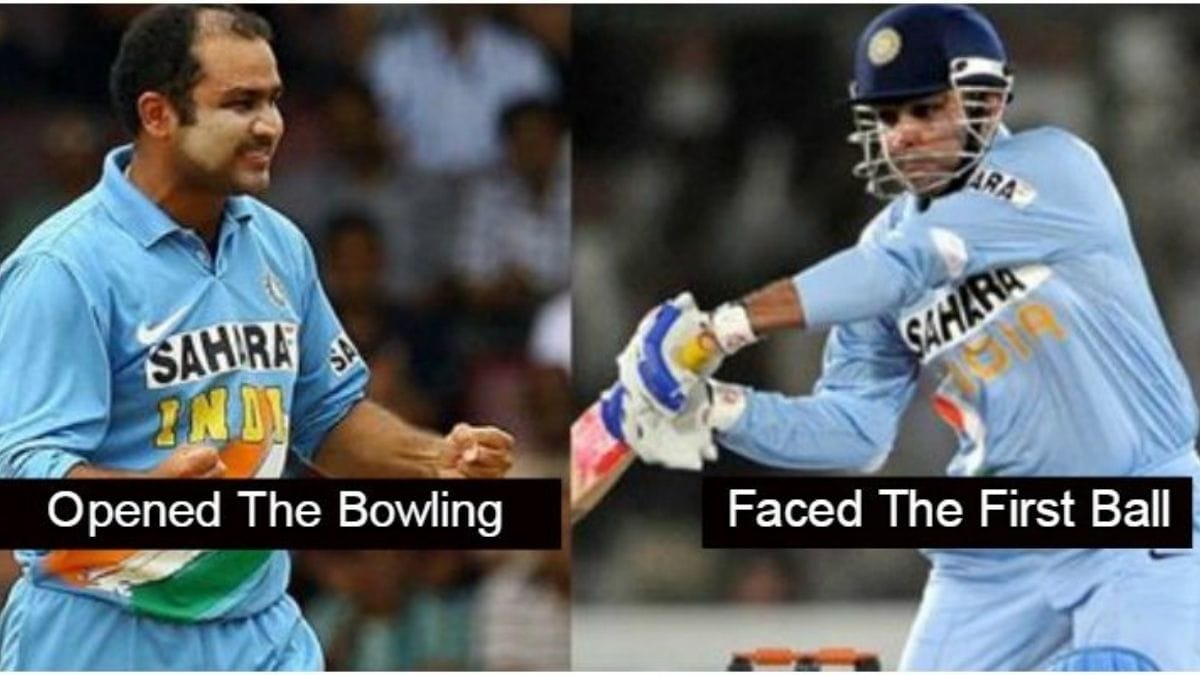 Former Indian cricketer Roger Binny was known for his impeccable swing bowling. With his brilliant bowling, Roger Binny showed the path of the pavilion to 77 batsmen in 72 matches played for India. Roger Binny was also the highest for India during the World Cup 1983.

Binny has opened in both ODIs twice with bat and ball. While in one match Binny scored 31 runs, in the second he managed 21. India’s great Sunil Gavaskar was Binny’s opening partner in both the matches.

Indian all-rounder Manoj Prabhakar has been a key player for Team India in the 90s. Manoj had the ability to win the game for his team with both bat and ball.

During his career, Manoj Prabakar played a total of 130 ODIs in his career, out of which, he opened in 45 matches with both bat and ball, which are Indian records. However, his ODI carer had a rather gloomy end as he was banned from the game because of spot-fixing.

In 2003, Irfan Pathan’s entry to the game ended India’s search for an all-rounder. Irfan Pathan has played some swashbuckling knocks batting at number 3 for India. During a match played at Kolkata in 2005, the Baroda all-rounder even opened the innings, however, the decision backfired as Pathan failed to open his account. Besides this, Irfan Pathan also failed to take early wickets with the ball as India as team India lost the game by 10 wickets.

The former Indian cricketer, Virender Sehwag, who started his career as a middle-order batsman, is regarded as one of the most destructive batsmen to have played for Team India. It was in the year 2005. when India’s skipper Sourav Ganguly asked Virender Sehwag to open the game against Australia. He was also introduced as the off-spinner Sehwag early in the innings.

However, things didn’t work out in favor of Team India as he was dismissed for a first-ball duck. This was the match when opened the bowling and batting in the same match for Team India in ODIs.

During the 1992 World Cup, Kapil Dev started the innings with Krishna Chari Srikanth while bowling the first over as well.

Losing weight and eating these fruits can bring more calories: so, try avoiding it and follow our tips.