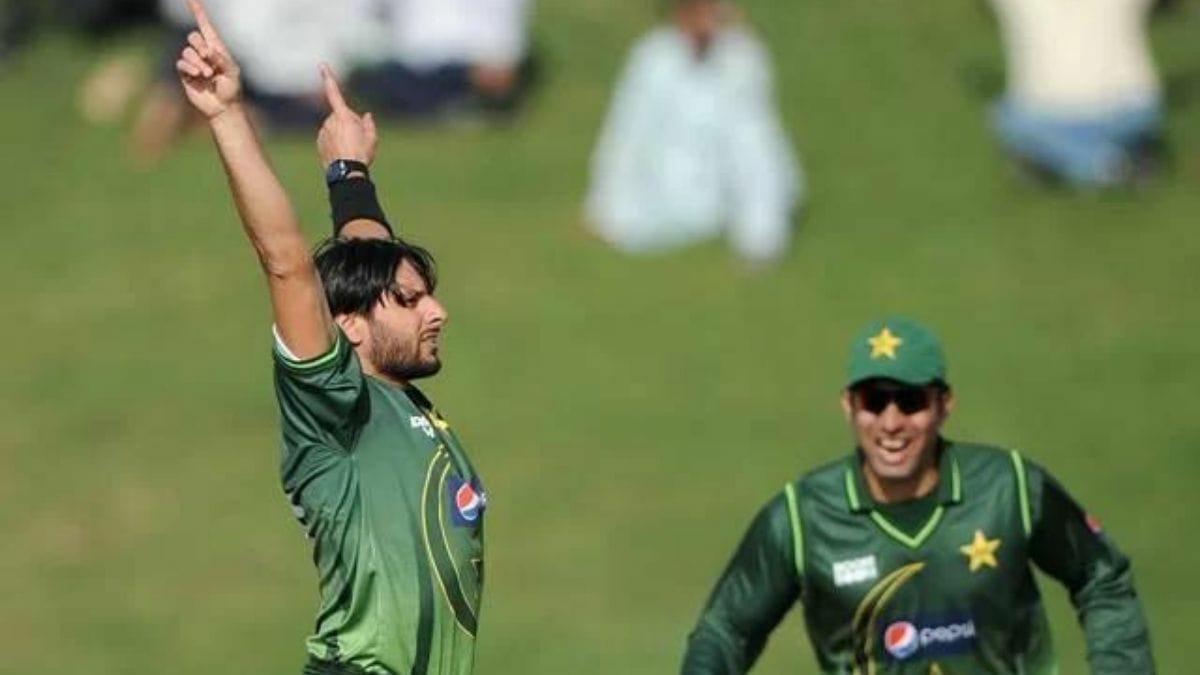 Shahid Afridi, the cricketing magician, is often regarded as the best in the world. When he donned the national shirt against Kenya in 1996, he became a household name in Pakistan. The talisman, who surpassed milestone after milestone, could no longer look back. He eventually took command of the men-in-green from the front.

Out of countless records, the veteran right-hander was awarded the gold medal for bowling the quickest spinner delivery in the game’s history. After blasting a blinder against Tim Southee during one of the T20I games in New Zealand, the dashing dynamo finds his name on this lucrative list.

Throughout his illustrious career, Indian cricketer Anil Kumble has been a driving force for the Indian squad. The spinner, who has won multiple awards for his bowling prowess, put another feather to his illustrious cap against England in an away series.

To everyone’s astonishment, the Indian bowling great produced heroics in the backyard of England’s Marcus Trescothick. Kumble removed the best southpaw in an ODI match in the first delivery of the eighth over, raising many eyebrows. Furthermore, the unplayable delivery turned out to be a precise yorker that smacked the stumps hard. With his cricketing wits, the spin-king delivered his all-time fastest delivery at 118 KMPH, smashing multiple milestones.

Piyush Chawla, a native of Uttar Pradesh, led the spinning department with ease for India back in the day. Piyush, who is known for his flighted deliveries, has the ability to provide immediate relief to the squad by picking up wickets at crucial times.

Furthermore, the ace spinner is on the list of quickest spinner deliveries ever bowled in the history of the game. The pocket-size dynamite of Kings XI Punjab demonstrated his sheer class in an IPL encounter against Rajasthan Royals. With his tremendous speed, he utterly startled power-hitter Shane Watson. Surprisingly, the ball registered 117 KMPH, causing the former Australian great so much discomfort that he lost his prized wicket.

Krunal Pandya, the Baroda heavyweight, leaves no stone untouched from the moment he goes onto the cricketing ground. The lanky superstar can single-handedly turn the match in Mumbai Indian’s favour, whether with the bat or the ball. A frequent match-winner with enough experience to justify his inclusion in the MI squad.

Krunal Pandya stunned power-hitter Marcus Stoinis with a searing bouncer in the opening IPL 2020 qualifier against Delhi Capitals. Krunal produced a tough delivery in the penultimate ball of the 12th over, much to the surprise of fans and analysts off the field. The ball was fired at a speed of 112.5 kilometres per hour. Marcus responded by pulling the ball for a single run.

Shadab Khan, a rising Pakistani bowling star, has the ability to transform the Pakistani bowling department in the next years. The energetic powerhouse is known for playing outside of his skin. Furthermore, he expends every ounce of sweat and blood on the field just to assure the team’s victory. He was also a member of the Pakistan team’s World Cup contingent in England last year.

Shadab made a statement with his spinning skills in the 2019 World Cup, taking 9 wickets. Eventually, he smashed a dazzling century against the Men-in-lethal Green’s place attack.