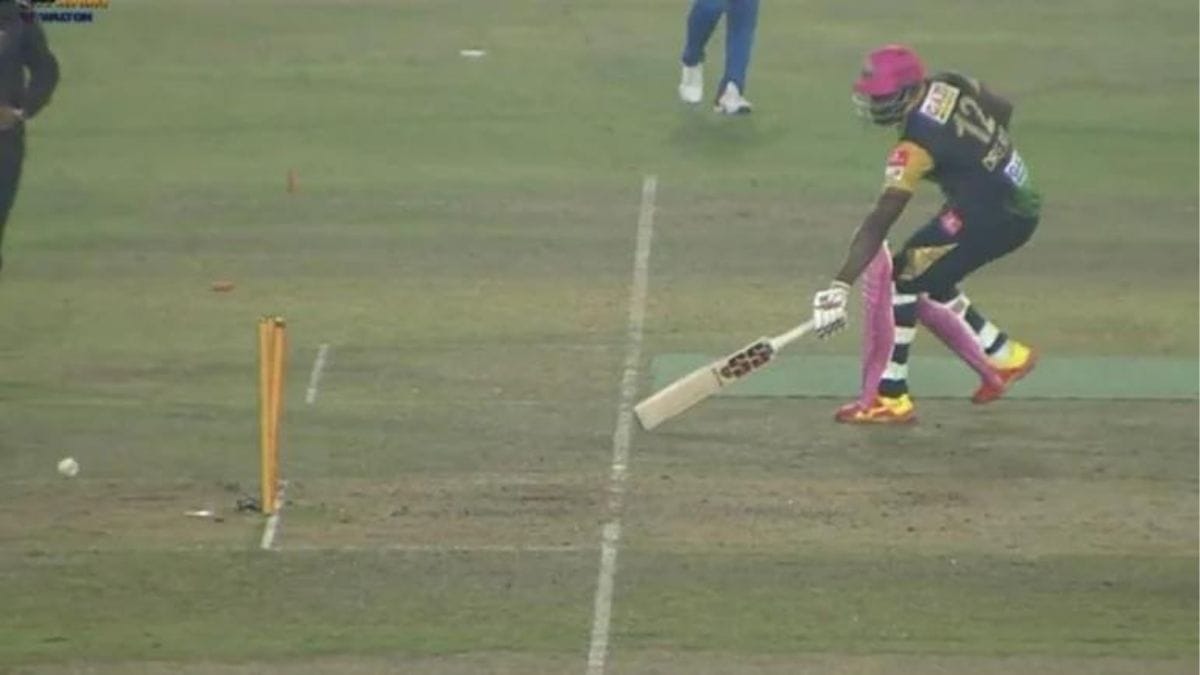 The incident took place when Andre Russell was playing for Minister Group Dhaka against Khulna Tigers in a BPL game in Mirpur. He played a Thisara Perera delivery towards third man and called Mahmudullah from the other end of the pitch for a run. Mahedi Hasan, immediately grabbed the ball and hit it towards the striker’s end which had hit the stumps but Mahmudullah reached the crease on time. Russell, slowly made his way towards the non-striker’s end and was caught unaware as the ball ricocheted off the stumps at the striker’s end and hit the other set of stumps at the non-striker’s end.

Russell realised it too late that the ball had changed direction and fell well short of the crease when it hit the stumps. Shocked, he could do nothing but walk back to the pavilion as Khulna Tigers celebrated his wicket. Khulna Tigers ultimately won the game, beating Minister Group Dhaka.

Former Indian cricketer Wasim Jaffer called the incident unbelievable and said that he had never seen anything like this.

Rajkummar Rao, Bhumi Pednekar’s ‘Badhaai Do’ poster unveiled, trailer to be out tomorrow!

Virat Kohli dedicates his 50 to his daughter Vamika