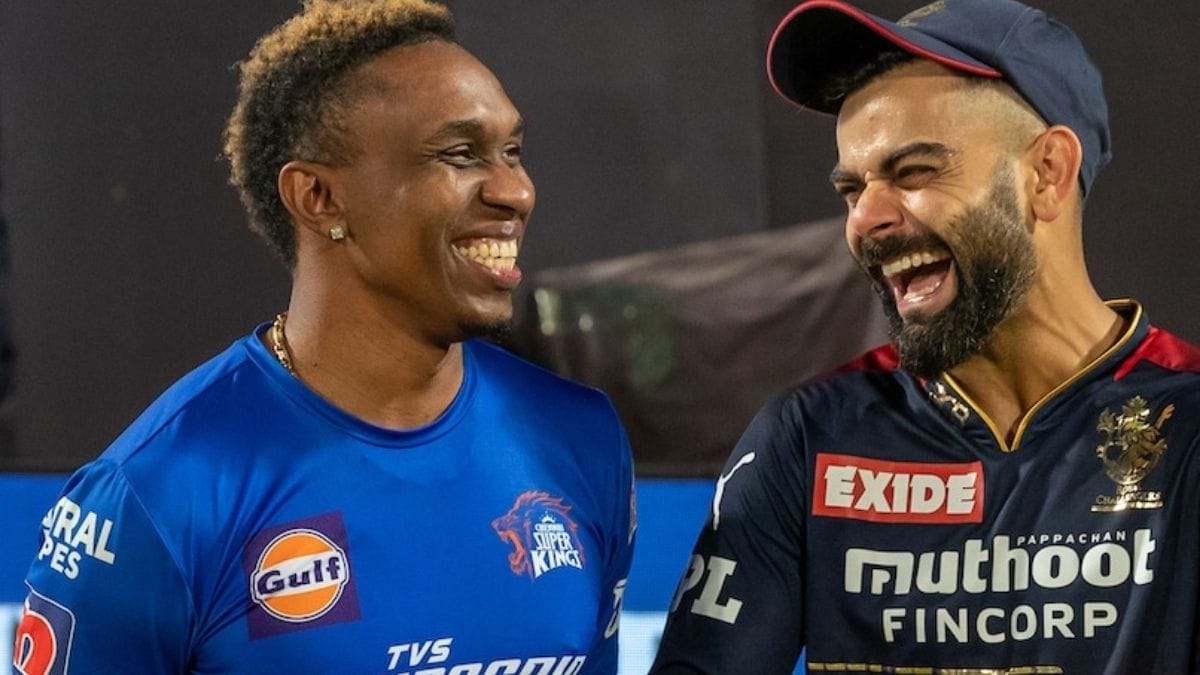 The camaraderie among players, regardless of which teams they represent in the IPL 2022, has been inspiring. After the IPL 2022 match between Royal Challengers Bangalore and Chennai Super Kings on Wednesday, another example of player mutual respect emerged. Two of the best players in the league, Virat Kohli and Dwayne Bravo, were on opposite ends of the field, but that didn’t stop Bravo from praising his opponent and rallying behind him after a disappointing campaign for Kohli by his lofty standards.

Bravo, who was not in the CSK starting XI for the match against RCB, used Instagram after the game to write a note to Kohli and post some photos.

Bravo also shared three photographs. Bravo and Kohli are shown laughing in the first, while the duo is seen hugging each other in the second, with the caption “IPL’s leading wicket-taker and leading run-scorer in a single photo.”

Kohli leads the Indian Premier League’s run-scoring rankings in the overall standings. The former Royal Challengers Bangalore skipper has 6,499 runs at an average of 36.51. In the tournament, he had five centuries and 43 half-centuries to his credit.

Kohli, on the other hand, has not been at his best this season. Kohli has been chastised for his poor form and scoring rate. In 11 games, the RCB superstar has 216 runs at an average of 21.60 and a strike rate of 111.91.

Meanwhile, Dwayne Bravo leads the wicket-takers list among bowlers. In 159 games, the West Indian has taken 181 wickets at an average of 23.86.

This season, Bravo has taken a number of wickets with 14 scalps to his name in just eight games.

“I didn’t need any more motivation,” David Warner said of facing SunRisers Hyderabad in the IPL 2022.