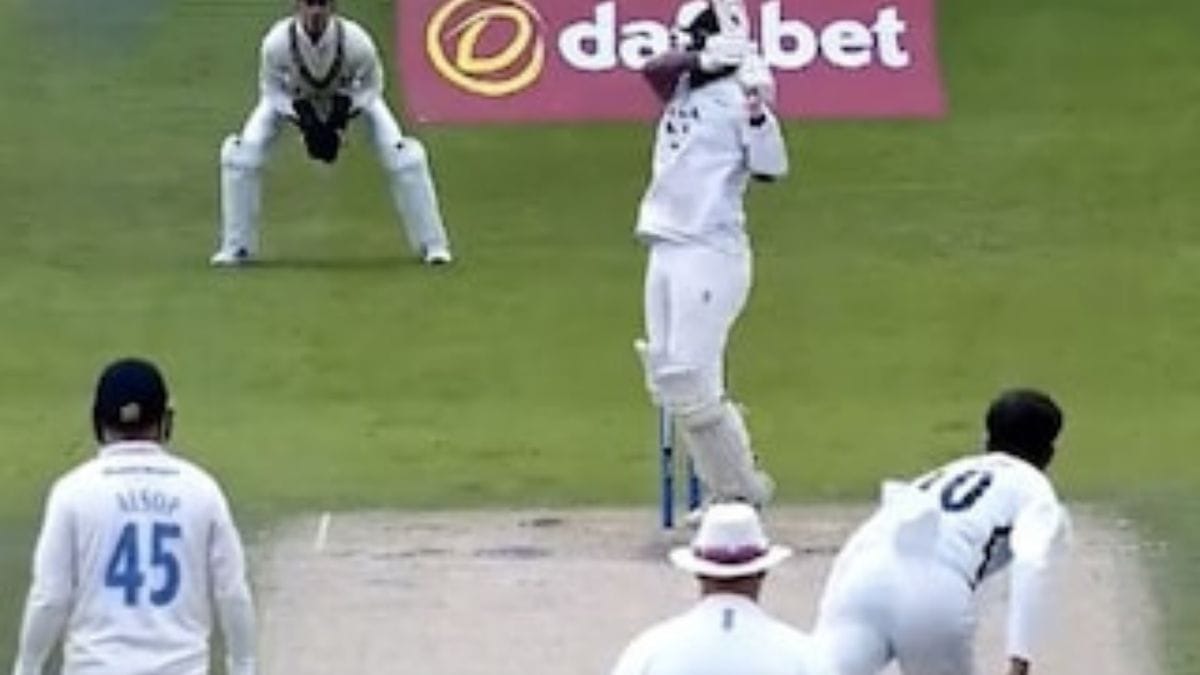 Cheteshwar Pujara, an Indian international, continued his fine form with the bat in the County Championship, smashing his fourth century of the season to end unbeaten on 170 runs in a Division Two match between Sussex and Middlesex at the Hove. Pujara, who has already scored two double-hundreds this season, used some flashy strokes in his elegant innings. He also had to contend with Pakistani pace phenom Shaheen Afridi, who has been extremely prolific for Middlesex in the ongoing County Championships so far.

Pujara and Shaheen fought it out, with no one player clearly controlling the proceedings. However, there were moments of brilliance from Pujara, such as when he hit a beautiful upper-cut shot for a six off the left-arm pacer, which drew much accolades from the cricketing world.

The County Championships’ Twitter account shared a video that included all of Shaheen’s deliveries to Pujara. “Make yourselves comfortable and enjoy every ball of Shaheen Afridi against Cheteshwar Pujara,” the caption stated.

Given India’s tight Test calendar following the IPL, which includes a Test in England, selectors will find it difficult to overlook his efforts in the County season.