“I Worked at A Pakistani Guy’s Perfume Store,” says RCB star on his 35-dollar-a-day job in the United States. 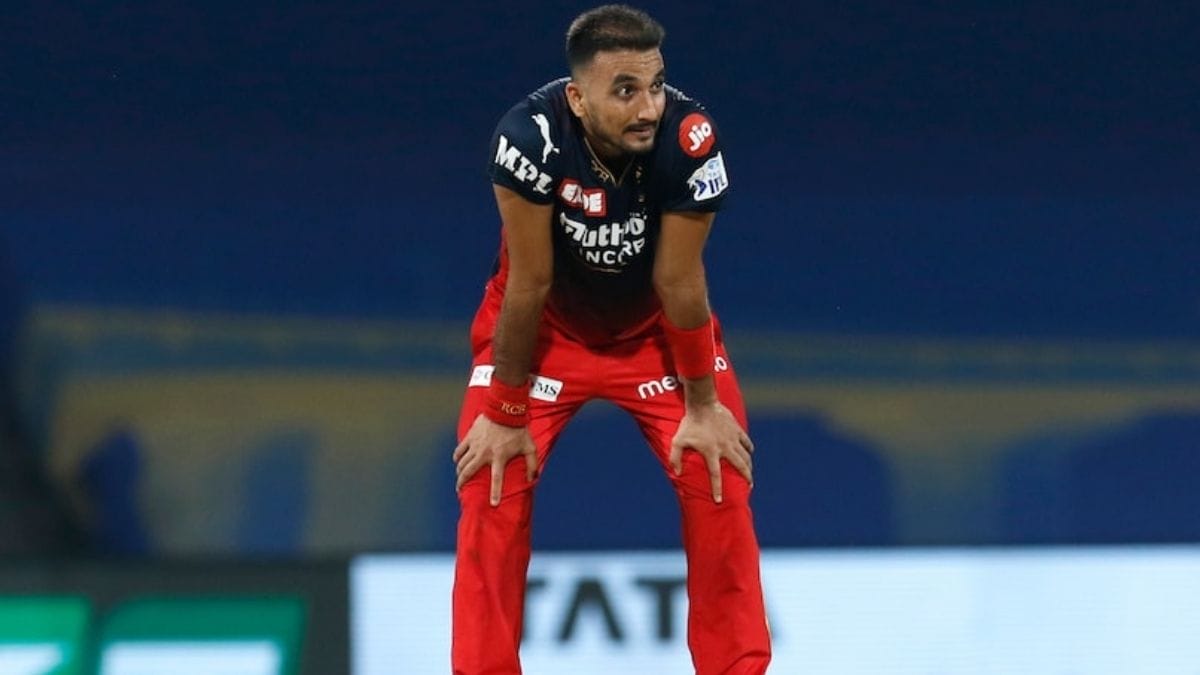 Harshal Patel had a great IPL season in 2021, finishing as the league’s leading wicket taker with 32 wickets and earning the IPL Purple Cap. In the IPL mega auction ahead of IPL 2022, Royal Challengers Bangalore bought him back for Rs 10.75 crore. Patel’s outstanding performance in the IPL 2021 earned him a T20I debut for India. But the Gujarati medium pacer’s life wasn’t all roses.
During an interview with renowned cricket presenter Gaurav Kapur on his show “Breakfast with Champions,” Harshal discussed his troubles in the United States, where he worked in a perfume boutique for a pittance of $35 per day.
“I used to work at this Pakistani guy’s perfume store in Elizabeth, New Jersey. I couldn’t speak a word of English because I had studied in Gujarati medium throughout. That was my first encounter with the language and also with the language with so much slang because that entire area was predominantly Latino and African American. Then I picked up their kind of English. Gangster English. They used to come and buy $100 perfume bottles on Fridays. On Monday they used to come back and used to say, ‘hey man I just sprayed it a couple of times. I want to return it man. I have no food on the table’. That was a regular occurrence. It was a great experience for me because I learned what those blue-collar jobs really are. My aunt and uncle used to go to their offices, and they would drop me on the way. So, at 7 am I would be dropped and the store would open at 9 am. Two hours I used to sit at the Elizabeth railway station. Do my work till 7.30, 8. So 12-13 hours a day and I used to get paid $35 a day,” Harshal said.
Harshal claimed he played junior cricket in Gujarat and felt he could do well in the sport, which persuaded his parents to send him to the United States to pursue his dream of being a cricketer.
“I used to play junior cricket. I was a little too quick for my age. Unfortunately, that pace stopped at that level. And they (parents) put all that faith in me. And when my parents left, they told me one thing ‘don’t do something which puts us in a bad situation’. I took it to heart. I used to go to Motera to practice from 7 am till about 10 am. There was a sandwich shop, I would eat sandwiches and return. Aloo-mutter (potato and peas) sandwich, vegetable sandwich. Not toasted. Because toasted (bread) was expensive. Aloo-mutter and vegetables used to be Rs 7, toasted was Rs 15,” Harshal said while speaking about his struggles.