Mumbai Indians defeat Gujarat Titans by 5 runs in the IPL 2022. 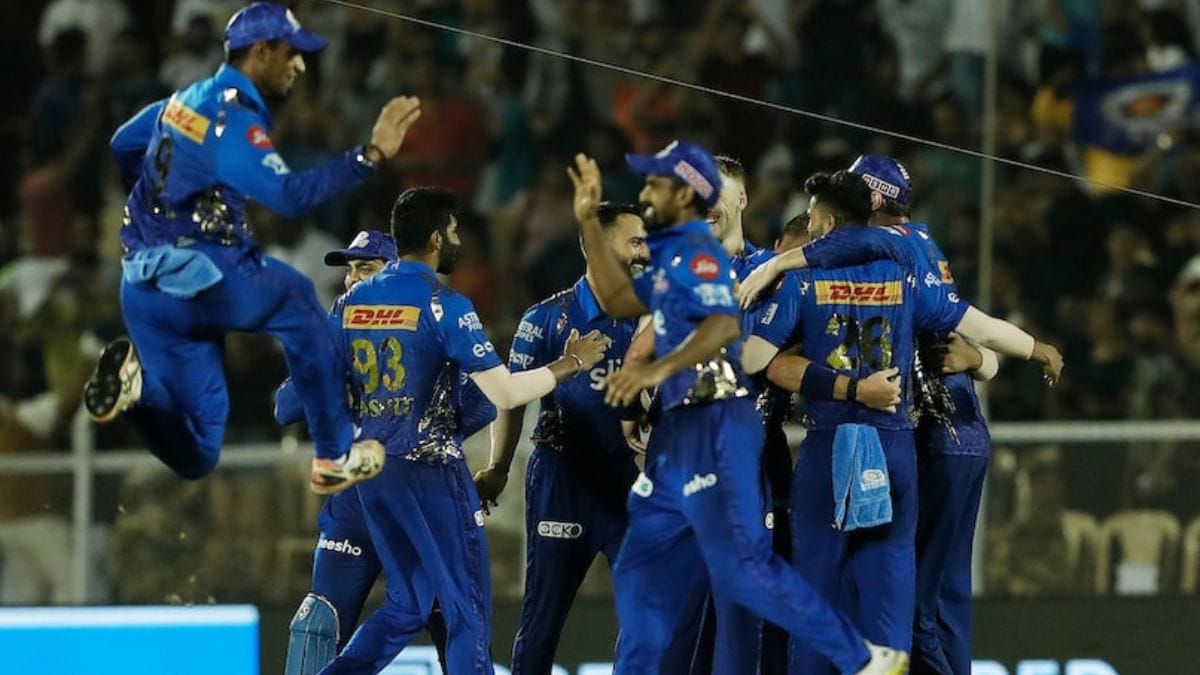 In an IPL game on Saturday, pacer Daniel Sams showed his ice-cold demeanour by conceding only three runs in the final over to assist Mumbai Indians pull off a surprise five-run victory over Gujarat Titans. The Titans’ opening pair of Wriddhiman Saha (55 off 40 balls) and Shubman Gill (52 off 36 balls) shared a 106-run partnership in 12.1 overs while chasing 178, putting MI in trouble. However, the Titans continued to lose wickets, including two key run-outs with nine runs needed in the final over to win the game. They could only manage three runs while losing one wicket, resulting in their second consecutive loss of the season.

It was only MI’s second win of the season, as they remained at the bottom of the table despite being out of play-off contention.

With two wickets for 24, Rashid Khan was the Titans’ most successful bowler, while Pradeep Sangwan and Lockie Ferguson each took one. Alzarri Joseph also took a wicket, but his four overs cost him 41 runs.

With the score on 178, Saha seemed in top form, blasting two fours and a six off Jasprit Bumrah’s first over before slamming Riley Meredith for two boundaries.

Shubman Gill slog-swept Murugan Ashwin for a six and then added another four as the Titans put on a fifty-run stand in only six overs.

In the eighth over, the Chandigarh hitter burst with three boundaries off Daniel Sams, who had bowled a brilliant first over.

Next up was Kumar Kartikeya, who gave up 15 runs, with Saha hitting his first delivery for a four and Gill hitting a crisp shot over long off before slog-sweeping the bowler for another four.

In 11 overs, the team reached 100, with Saha completing his fifty.

With a single off Pollard, Gill joined him for a 33-ball half-century.

Saha and Gill both broke six records, including two maximums.

Sai Sudarshan’s (14) innings was finished by a bizarre hit wicket, while Hardik Pandya’s (24) stint was cut short after he went for an unneeded single.

Earlier, when Rohit was given the opportunity to bat, he looked in fine form after a string of low scores as he took the early lead, controlling the proceedings with his stroke play as Kishan played second fiddle.

In the fifth over, Kishan joined the celebration, hitting Rashid Khan for two fours to bring up their 50-run partnership.

After that, Rohit hit Lockie Ferguson for a four-run homer, giving MI a 63-for-no-loss record, their best in the powerplay this season.

In the eighth over, Rashid struck, removing the dangerous Rohit, who was stuckin front while trying to play a reverse shot.

MI appeared to have squandered their strong start, but Tilak Verma (21) and Tim David tried to form a partnership, with the latter launching Mohammed Shami for two fours at mid-off and long leg.

Varma was run out by Hardik Pandya’s direct throw, while Daniel Sams was also run out by a second-ball duck.

In the penultimate over, David blasted Shami for two maximums, pushing the team beyond the 170-run threshold.