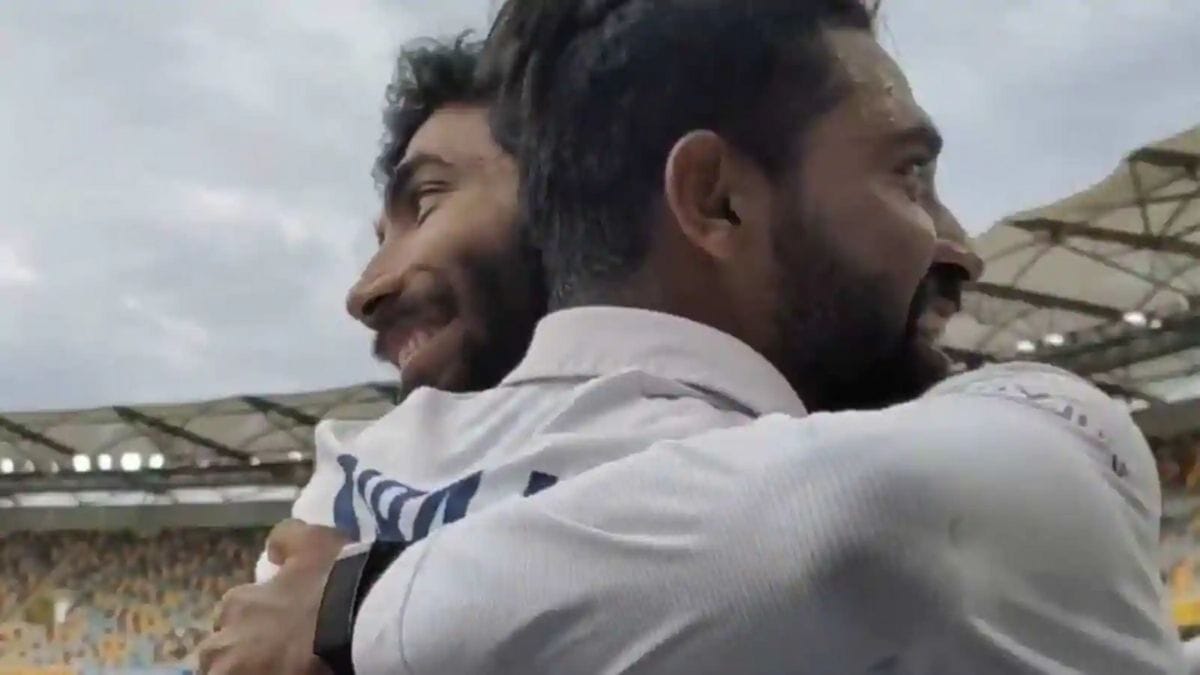 Mohammed Suraj got his five-wicket haul on Day 4 of the Gabba Test against Australia.

Siraj wrapped up Australia’s second innings with the final wicket of Josh Hazelwood. He finished with a career-best figure of 5/73.

The cricketer was leading the Indian team towards the dressing room, all the while acknowledging the crowd when he met with an excited Jasprit Bumrah on the sidelines. Bumrah congratulated Siraj on this achievement.

Fans on social media were seen appreciating the hug on seeing the video online.

Siraj is playing his third Test and has overcome a lot in the past few months. He lost his father in November last year and met with racial slurs from the crowd during the third Test in Sydney.

On Day 4 of the Test, Siraj and Shardul Thakur took a total of 9 wickets.