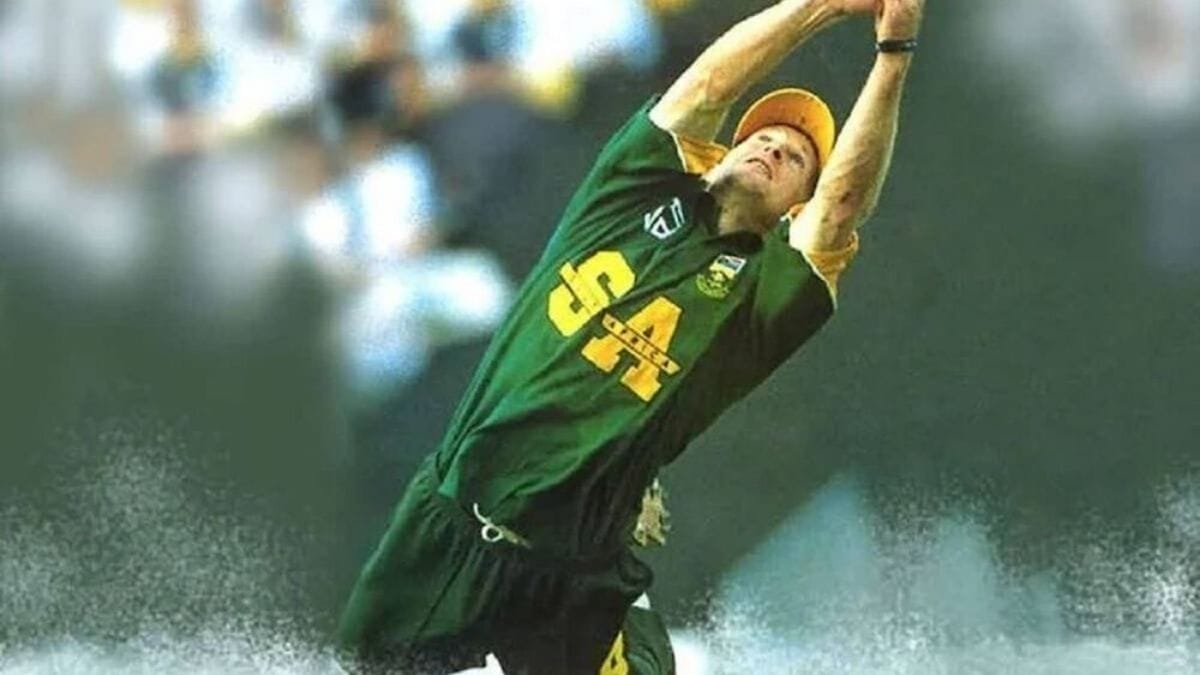 Jonty Rhodes is the undisputed king of fieldsmanship due to his tremendous athleticism, quickness, precise throws, and proficiency in the backward point region. To take wickets in cricket, you must have a quick response time, or you will miss the ball in the blink of an eye. Rhodes, on the other hand, is well-versed in the field’s complexities.

Rhodes had a habit of breaking scientific rules. It’s incredible to watch him practically suspend himself in the air to grab the ball. Rhodes set a World Cup record with five catches during the tournament (for non-wicket-keeping players).

He wasn’t just good at catching; he also had a flair for helping teams out of sticky situations.

South African cricketer AB de Villiers is a fantastic hitter and fielder. In his 15-year international career, the wicketkeeper-batsman has won the ICC One-Day International Player of the Year award three times.

AB de Villiers may have retired from international cricket, but you can still witness him play in the Indian Premier League (IPL). His hitting style cannot be compared to anyone else’s. He is, however, flawless in one area: fielding.

AB de Villiers is an outstanding fielder because he can play any position on the field. AB has made several great receptions throughout his long career and has always been in good shape, allowing him to move quickly on the field when needed.

Brendon McCullum’s brilliant international career has unfortunately come to a close. McCullum has a reputation as one of the world’s most threatening batsmen. His batsmanship aggression was mirrored in his captaincy methods on the field, where he set new standards for New Zealand cricket.

McCullum’s quick bat set records, but his commanding captaincy was also responsible for a few key milestones and figures.

He’s always been a force to be reckoned with because of his outstanding at-bats and defence. On the field and behind the wicket, he’s recognised for making amazing catches. As a wicketkeeper, he has 453 dismissals to his credit.

It’s fascinating to watch Raina’s instincts in the field. Raina made his professional debut in 2005 and has established himself as a key player since then. He has 102 ODI catches and an ODI tally of 104 catches, making him one of the best ball catchers in the IPL. He was also named the IPL’s Best Catcher for the second year in a row after earning the award.

Suresh Raina is a long-time admirer of Jonty Rhodes, who admitted as much in an interview with the International Cricket Council (ICC), adding, “I’m familiar with field conditions in India, and he’ll be sweating buckets every time he trains.”

Virat Kohli, in my opinion, is the fifth finest fielder in cricket history. He is the best batsman in the world when it comes to international cricket. Because of his hitting ability, he has earned the title of “Greatest of All Time.” The Indian Cricket Team has changed dramatically since Virat Kohli took over as captain. To be considered for a seat on the team, you must be physically fit, and Virat Kohli has always been an inspiration to young people.

He is currently the fittest cricketer in the world, in addition to his incredible run-outs and catches. He made one of his most spectacular catches when he robbed Dinesh Karthik of his wicket in broad daylight during an IPL 2019 match.

Athletes are noted for their athleticism as a result of their dedication, tenacity, and grit in achieving their goals.

Top five most popular cricket captains of all time