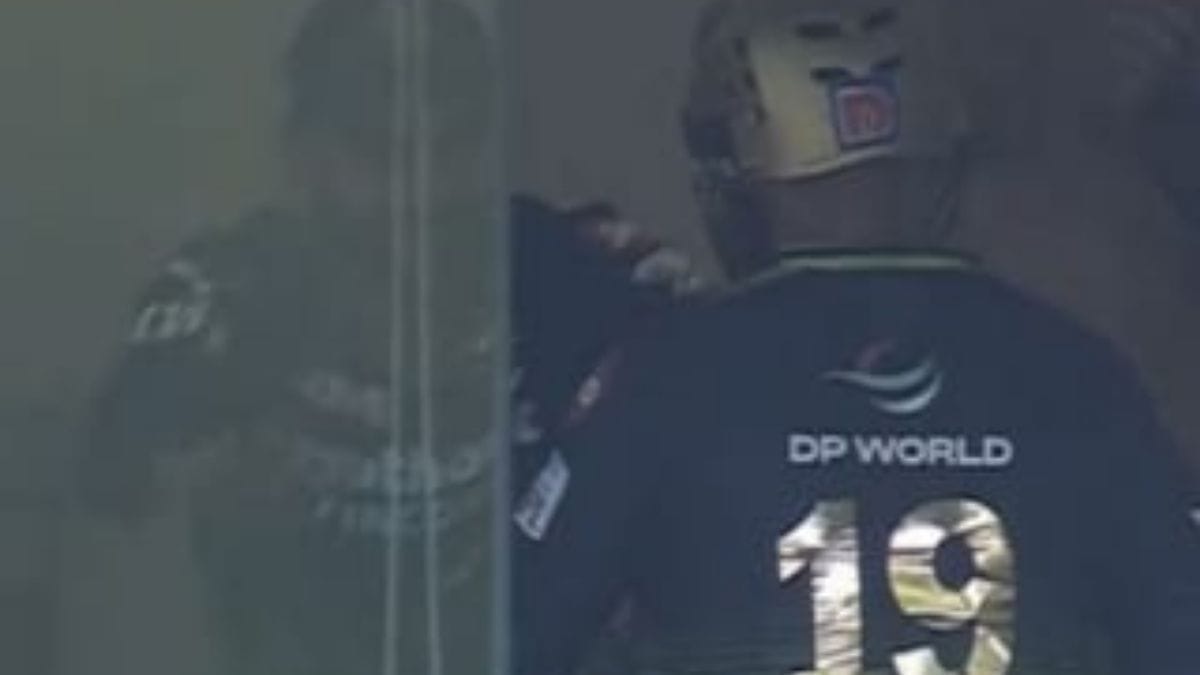 Virat Kohli may have struggled with the bat against SunRisers Hyderabad, but it didn’t stop him from supporting his Royal Challengers Bangalore teammates during Sunday’s IPL 2022 match at the Wankhede Stadium in Mumbai. After RCB captain Faf du Plessis scored his half-century, Kohli cheered from the dressing room. However, one of Kohli’s gestures has gone viral. Dinesh Karthik scored 30 not out off only eight balls to assist RCB compile a match-winning total of 192 for three in 20 overs. Kohli greeted Karthik as he entered the locker room following his heroics by kneeling down and giving him a short hug.

With the bat, Kohli had a bad day, being bowled for a golden duck by Jagadeesha Suchith on the opening delivery of the match. Kohli’s golden duck was his third of the season and his sixth overall in the IPL.

RCB captain du Plessis remained undefeated on 73 off 50 balls, while Rajat Patidar impressed with a 48-ball 48. Karthik’s sensational blitz, which took RCB above the 190-run mark, provided the late pyrotechnics.

SunRisers Hyderabad struggled to reach the 193-run goal, losing two wickets in the first over of the chase.

With a 37-ball 58, Rahul Tripathi put SRH in contention, but he had little help from his colleagues as SRH were packed off for 125 in 19.2 overs.

The 67-run victory not only handed RCB two critical points, but it also boosted their net run rate as the playoff battle heats up.

LIC IPO: All categories are fully subscribed, with over 200 percent of the issue already sold out.